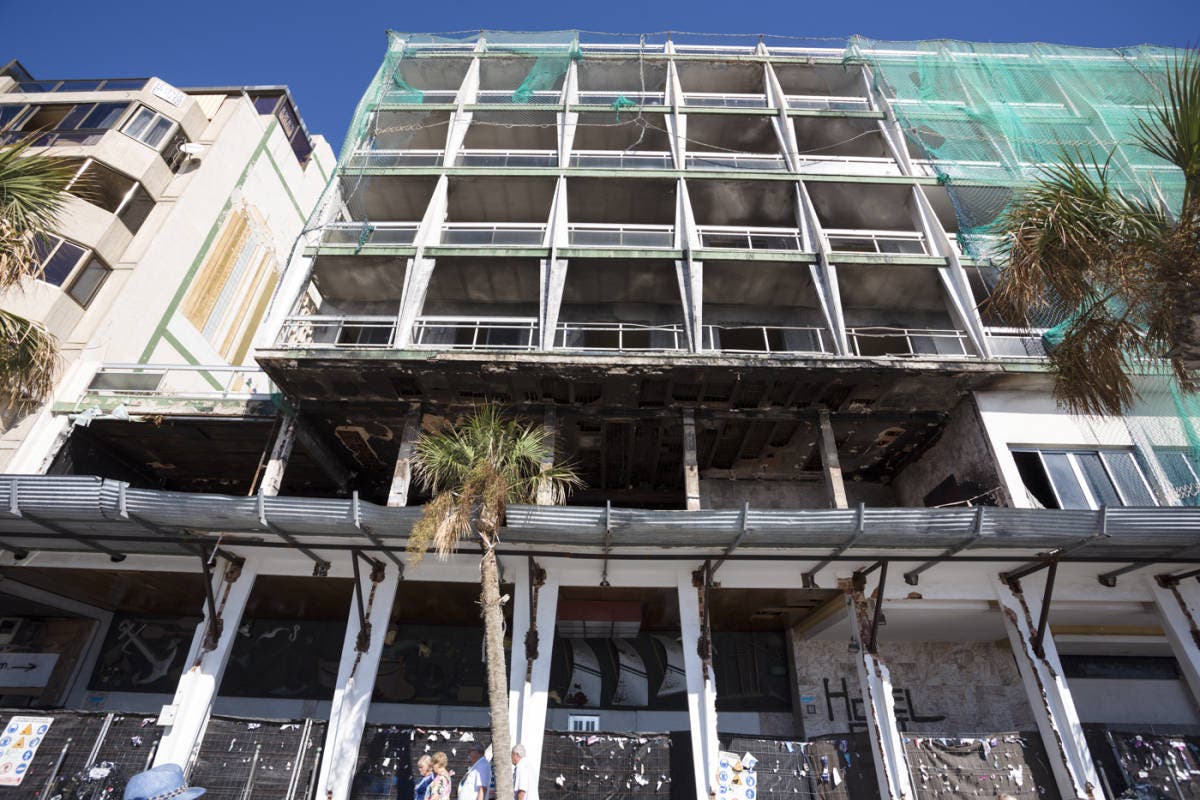 THE long wait to redevelop a deserted Benidorm hotel could end soon after the local council was granted control over a key area of land.

The Selomar Hotel is in a prime spot of the city overlooking Levante beach.

Parts of the building were gutted in a fire caused by squatters in 2015.

The Provincial Coastal Authority administers strict rules over coastal developments and has locked horns with the hotel’s previous owners for breaking protocols like the room balconies stretching too far out.

The authority has now agreed to Benidorm council’s request to assume responsibility for 320 square metres of land in the Levante and Paseo de Colon areas which includes the hotel.

The land impasse delayed the council’s attempts to issue a building licence to the Selomar’s new owners.

The Hispania group bought the decaying structure for €15.6 million in 2017 with plans to spend up to €17 million on a full refurbishment.

The project will see the Selomar building transformed into a four-star hotel with 245 rooms.