Home Alicante CLEAN SWEEP on Spain’s Costa Blanca as launderettes get their ‘notes into... 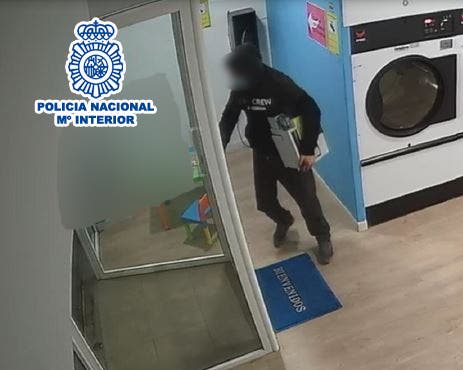 A couple stole €9,000 by ripping out money swap boxes from the walls of Alicante City launderettes.

The arrested Spanish duo struck six times at three businesses according to the Policia Nacional.

They saw the exchange boxes as an easy target, filled with banknotes put in by customers wanting coins to use in the launderette washing machines.

The 38-year-old man and 41-year-old woman worked out a perfect routine for the robberies.

The man would go into the launderette with a large bag or shopping trolley, while his accomplice remained outside.

She unfurled a large towel to reduce the chances of people spotting what was going on inside.

The man would rip off the money box from the wall and then put into his bag or trolley.

He then covered it up with clothes, before calmly leaving the premises.

The Policia Nacional said that the couple committed six robberies in two months, and even made return visits to two launderettes for second helpings.

Security videos helped officers to identify the culprits and four stolen boxes were recovered from their homes.