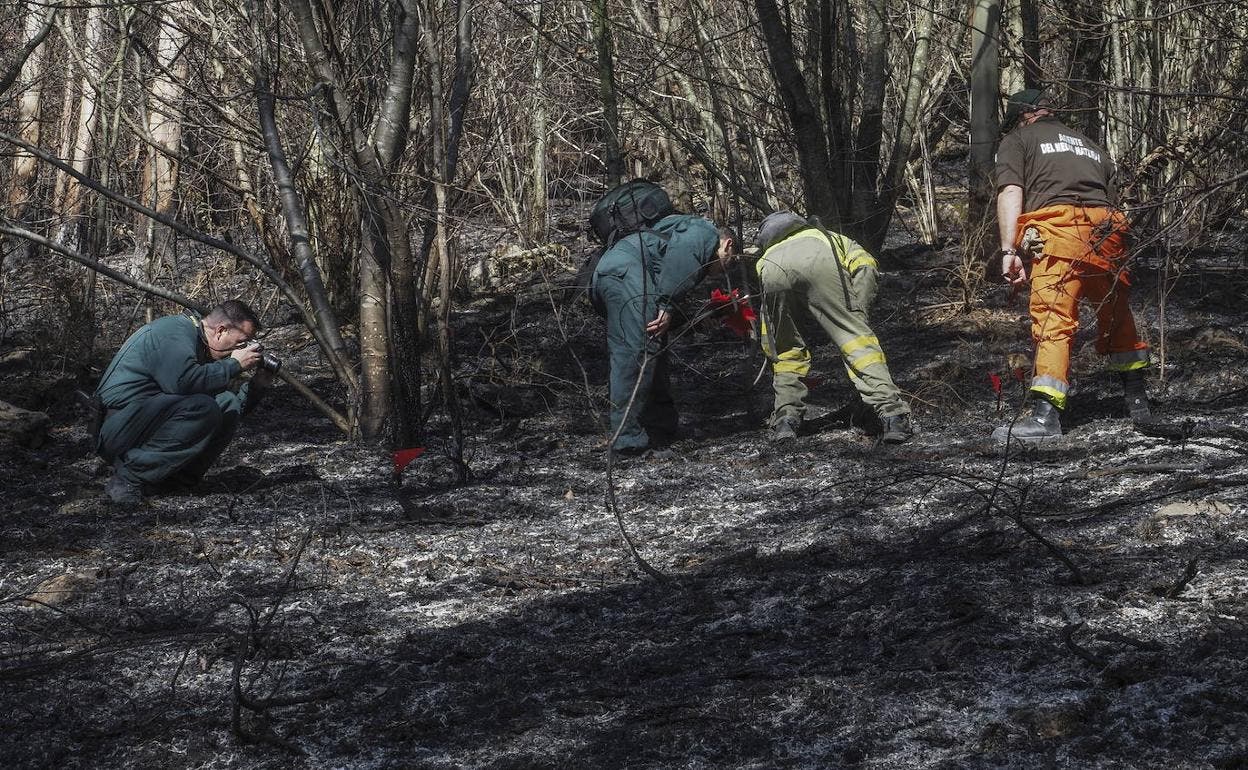 A volunteer firefighter has been jailed for three and half years for starting a forest fire in Cantabria in 2019.

Luis Trueba was also fined €158,000 for igniting the blaze which he did ‘just for kicks’.

An ex-colleague told the Cantabria Provincial Court that Trueba was a pyromaniac who behaved like a drug addict who ‘needed a fix’.

Trueba got hold of some petrol to trigger the fire in the Ramales de la Victoria area of northern Cantabria in February 2019.

Besides his obsession with fire, another of his aims was to show off to his fellow fire-fighters that he was good at his job.

Suspicions turned towards Trueba as 24 hours earlier, he told his colleagues that he thought the area was very dry and that ‘one strike of a match would bring the hoses out’.

He was also spotted removing a petrol cannister from the boot of his car.

The following day his movements were logged on his vehicle GPS.

He was recorded stopping at the exact spot where the blaze started and then delaying his journey before reporting the fire.

Trueba’s alibi was that he was delivering chairs to a family member, who then testified to the court that he never got them.

150 hectares of forest were destroyed due to Trueba’s actions.

The Cantabria court also heard that his prowess as a firefighter was minimal in extinguishing the blaze.