Home Alicante Alicante calls time for 2021 on one of the top outdoor events... 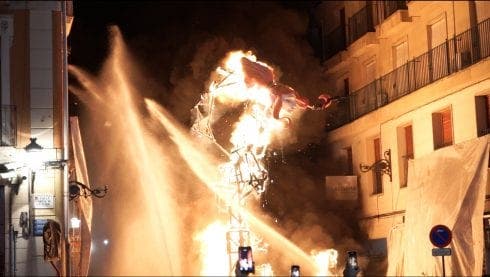 ALICANTE Council has cancelled this year’s San Juan Hogueras(Bonfires) celebrations to extinguish the chance of an autumn rescheduling.

It’s the second year that the Hogueras have been scrapped due to the COVID pandemic.

There were hopes last week that the event, normally held in June, could be rearranged on a smaller scale in October or November.

83% of them came back with the view that the Hogueras should be cancelled until next year.

Alicante mayor, Luis Barcala, said: “Reponsibility and common sense from the groups involved with the Hogueras has led to the making of this painful decision.”

The organising committee, La Federació de Fogueres de Sant Joan last week met with regional health minister, Ana Barcelo, to talk through a set of rules which could have enabled the Hogueras to go ahead.

That would have included capacity restrictions and a ban on unofficial firework displays.

Committee president, Toñi Martin-Zarco, said today(May 17) “We know that this has been a difficult verdict to reach but we hope to enjoy the Hogueras at last in 2020”.

The Alicante decision is in contrast to that taken in Valencia City which has decided to hold the traditional March Fallas between September 1 and 5, subject to the health situation.