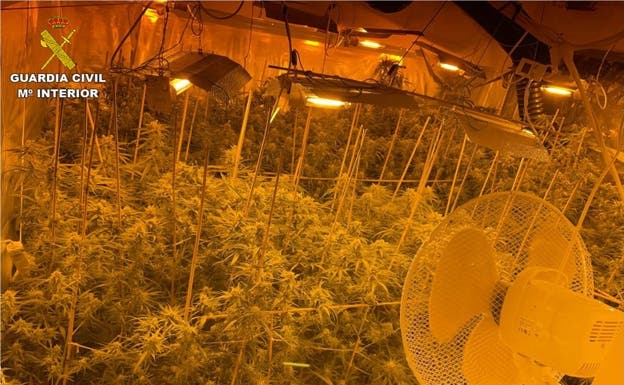 A Costa Blanca hotel owner used his business as a front to run a basement marijuana farm.

The 57-year-old man has been arrested by the Guardia Civil in Villajoyosa, just south of Benidorm.

The business owner has lived in Spain for two years, which coincided with when the hotel first opened.

Officers discovered a full-scale plantation with 650 cannabis plants about to mature.

A number of rooms were blissfully occupied by guests unaware of what was happening just below them.

The hotel’s identity in Villajoyosa has not been revealed but the Guardia said that it was a ‘small and secluded’ building with a dozen rooms.

A high-end car and expensive gadgets paid for by selling the drugs were seized in the Guardia raid.

The hotel owner, who has no criminal record, was charged with illegal drug growing and money laundering.