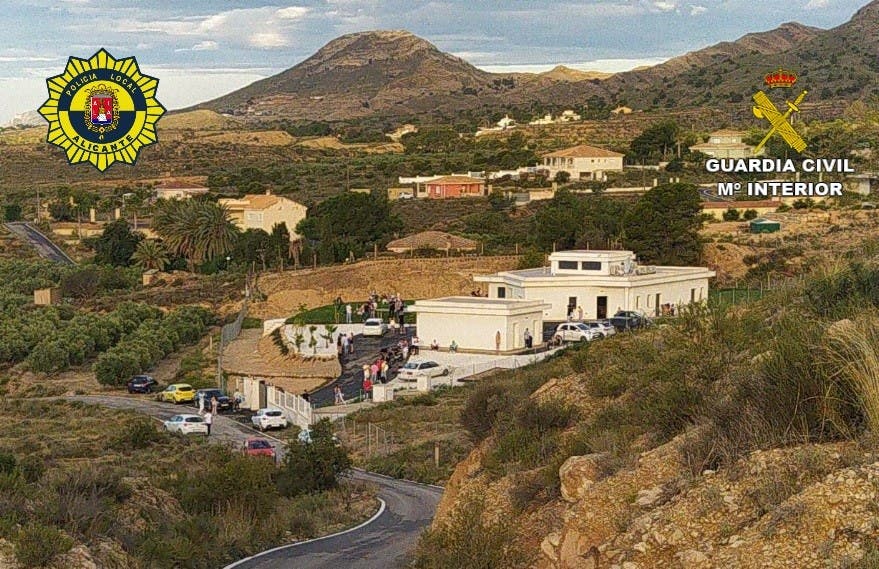 AROUND a hundred people have been fined for attending an illegal all-night party at a rental villa in Alicante Province.

An angry neighbour called the police to tip them off that a noisy party was going on that broke COVID health safety regulations.

Guardia and police squads descended on the villa and found around a hundred people contravening health rules.

No social distancing or mask wearing was going on as loud music blared out across the property.

All of the guests were fined for breaking safety rules.

Four people were also denounced for refusing to obey orders from the officers.

The property owner was contacted and told the police that he had rented out the villa until tomorrow(June 8) and he promptly rescinded the contract.

The party organisers face potential fines of up to €60,000.

A number of guests who left by car were also breathalysed to see if they were driving above the legal alcohol limit.

Alex Trelinski - 24 Jun, 2021 @ 13:36
SUNBED numbers on Benidorm's beaches will be restricted to half the normal number to keep areas 'safe'. Benidorm mayor, Toni Perez, is to propose that...

COVID-19 hospital cases fall to double figures for the first time since July 2020 in the Costa Blanca area...

Solicitor conned €280,000 out of insurance companies with bogus car accident claims on the Costa Blanca in Spain