Home Costa Blanca Horrific crash at blackspot known as the ‘Road of Death’ on the... 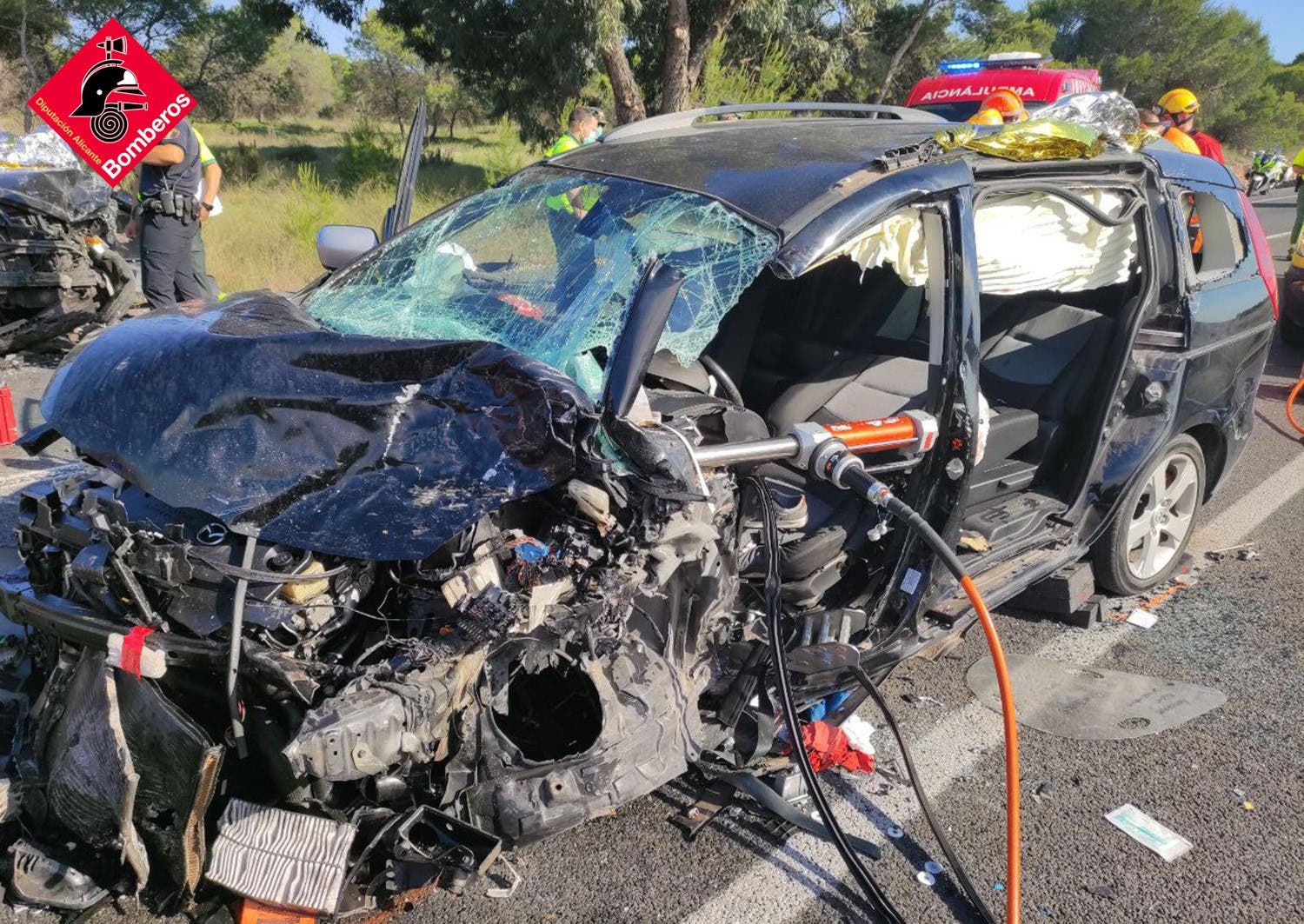 A 58-year-old woman died yesterday(June 8) and two people were taken to hospital after two cars were involved in a head-on collision on the N-332 highway in Santa Pola.

The coastal route that passes by Santa Pola is regularly ranked as one of the most dangerous in Spain, and is branded by some people as the ‘Road of Death’.

Many of the accidents occur as a result of risky overtaking manoeuvres on the single-carriageway route.

The latest incident happened at around 5.30 pm, some 200 metres from the El Faro restaurant between Santa Pola and Gran Alacant.

Four people were trapped in two cars and had to be freed by firefighters.

A 58-year-old woman lost conciousness and was unable to be revived by paramedics.

Two men, both aged 61, were taken to hospitals in Alicante and Elche, while a woman received treatment at the site and asked to be discharged.

No identities or nationalities of the two groups of two people have been provided by the police.

It’s the most serious accident of the year on the N-332 in Santa Pola, with traffic levels significantly down due to lower tourist numbers.