Home Costa Blanca British teenager suffers serious injuries after falling into the sea from a... 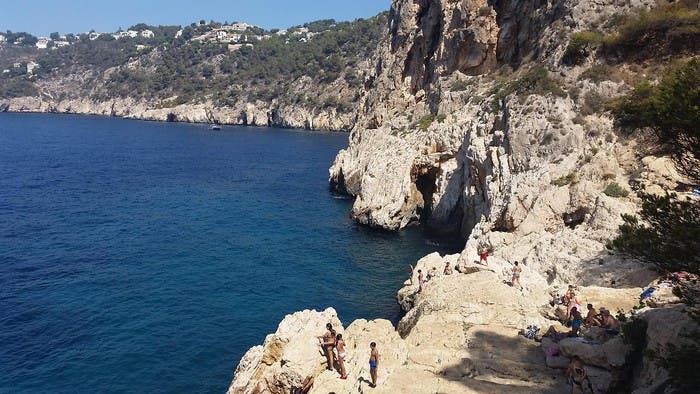 AN 18-year-old British man was seriously injured after falling ten metres into the sea from a Javea area cliff on the northern Costa Blanca.

The accident happened on Saturday lunchtime(June 19) at around 1.00 pm.

The teenager was out with some friends at Torre Ambolo at Cova del Llop Mari.

They said that he lost his footing and fell into the water.

The Policia Local and a Cruz Roja boat based at Granadella beach arrived at the scene with reports that the man was unconscious after the fall.

He suffered multiple injuries and was taken by boat to Granadella.

The teenager was then taken by ambulance to Denia Hospital.

There has been no word over his condition but reports suggested that he was a local resident and not a holiday-maker.

The cliffs and remote coves are popular attractions for both locals and tourists alike, but can be prone to dangerous slips for walkers.