Home Benidorm Shark that forced swimmers out of the water in Benidorm reappears off... 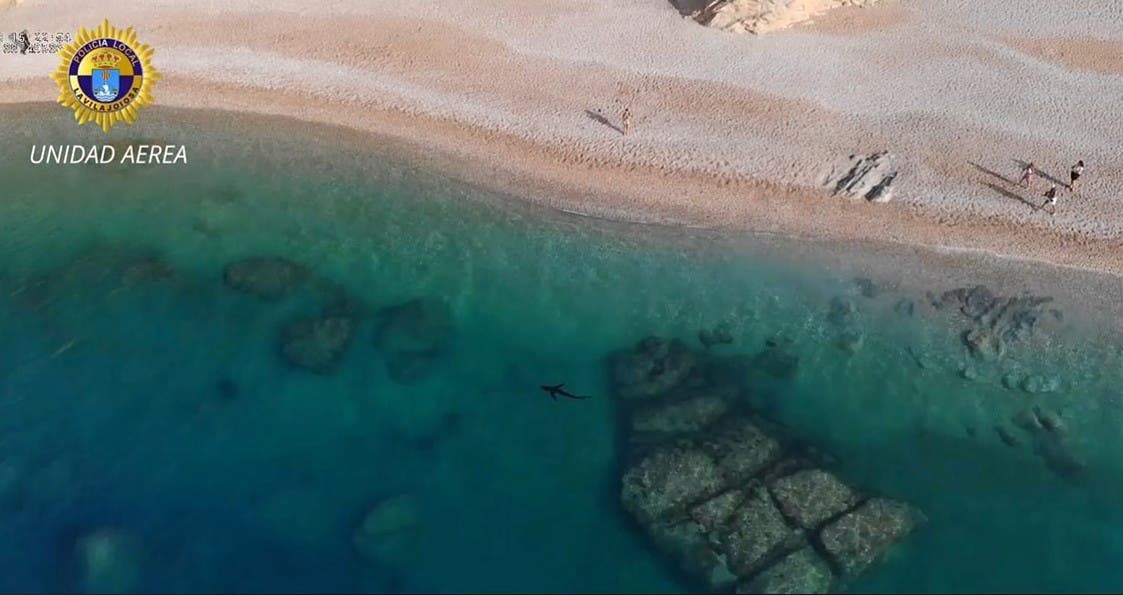 A BLUE shark that swam close to the shore of Benidorm’s Poniente beach on Thursday has popped up a a few kilometres south at Villajoyosa.

Bathers have been asked not to go into the water until it leaves the area.

Experts from the Oceanographic Institute in Valencia say they have no plans to go to the scene unless the blue shark gets stranded.

On Thursday (August 13) they helped police and safety workers in Benidorm to guide the shark away from Poniente beach, which was closed off to swimmers for four hours.

The disorientated shark, weighing 80 kilos, had not been injured and was taken in a sling and then released in deeper waters.

Blue sharks are not uncommon in Mediterranean waters, although they are rarely seen in shallow waters close too shore, and are generally harmless to humans.

VIDEO: Shark forces bathers out of the water at popular Benidorm beach on Spain’s Costa Blanca