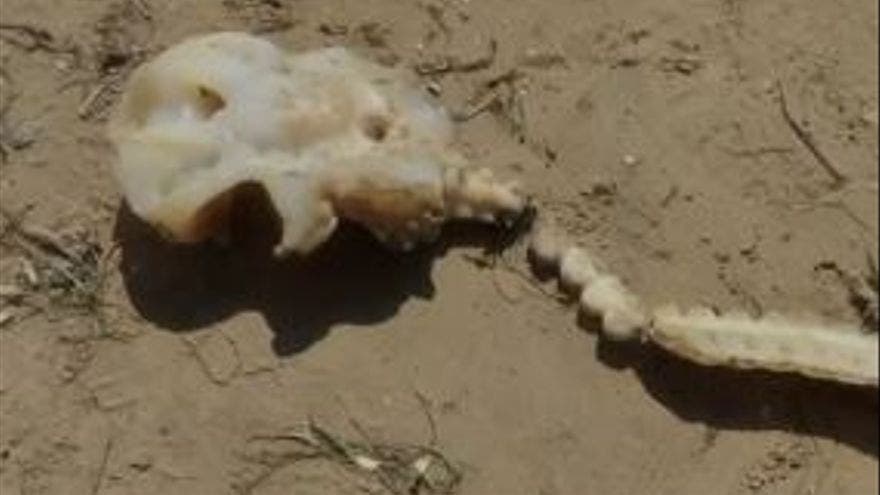 A different kind of shark sighting hit a Costa Blanca beach yesterday(August 26) after a skeleton washed up at El Pinet in La Marina.

After a month of blue sharks getting close to beaches, a strange-looking specimen surprised sunbathers.

The remains were up to four metres long.

They said the strange shape of the head was that of a cañabota shark, also known as a cow shark or a bluntnose six-gilled flat shark.

It’s present on tropical and temperate coasts, including the Mediterranean Sea.

The shark is not dangerous to humans and can swim very close to the shore at the night.

A female bather was bitten by a fish on Monday, presumed to be a metre-long bluefish.

She suffered only a minor injury but went to Elche General Hospital for a precautionary examination.