Home Other News Environment Massive human chain formed around the Mar Menor lagoon in Spain to... 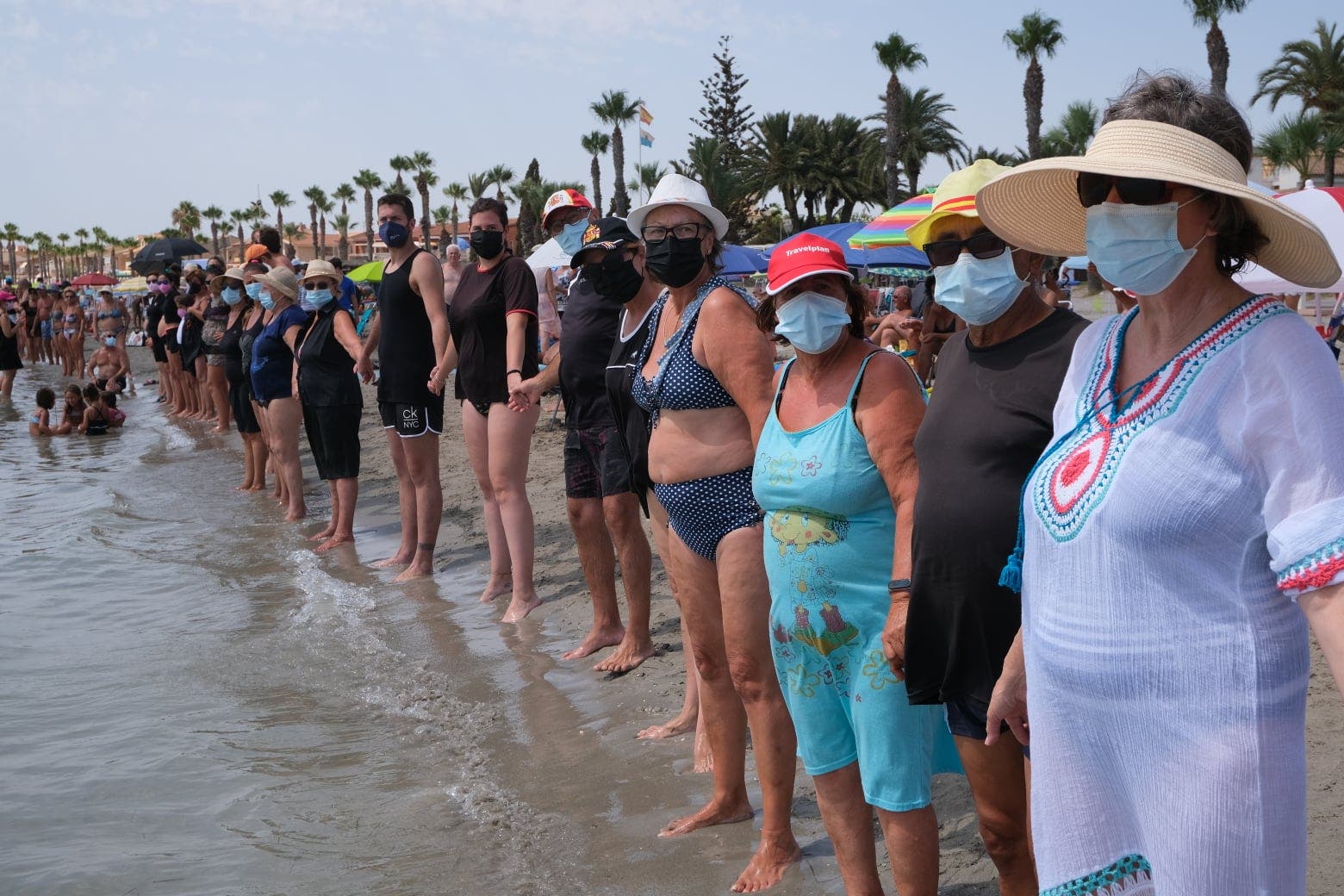 THOUSANDS of people formed a human chain around the Mar Menor on Saturday(August 28) in protest over tons of dead fish washing ashore.

It’s impossible to work out how many people joined the chain but organisers suggested up to 70,000 demonstrators took part.

Official investigations are continuing to work out the cause of the latest environmental tragedy to hit the Murcia region lagoon.

Many of the protestors wore black clothes with full stretches of beaches bordered by demonstrators.

Some stretches of the shore like at Plaza del Espejo in Los Alcazares were so busy that a second human chain had to be formed.

Abracemos spokesman, Jesus Cutillas, said: “It was a way of saying goodbye with dignity to so many animals that have died due to human greed.”

Local protest groups have demanded that Spain’s Ecological Transistion Minister, Teresa Ribera should ban the use of fertilisers on adjoining farms and stop illegal irrigation, which is blamed for polluting the lagoon.

Ribera visited the area last week and criticised the Murcia government for not enforcing irrigation rules for decades.

Jesus Cutillas said: “ Scientists have been warning for a long time to people in power about what would happen.”

“The Mar Manor has a massive and consistent entry of nitrates and the solution to the problem is to stop 85% of that poison from getting into the water,” he added.

FEATURE: WHY THE MAR MENOR IS A MAJOR EXAMPLE OF ENVIRONMENTAL VANDALISM