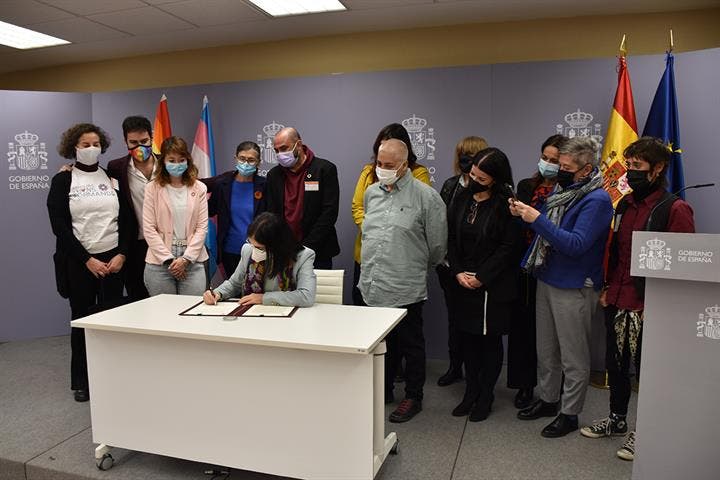 FREE IVF treatment has been extended in Spain to single women, lesbians, bisexuals and transgender people.

The order was signed this Friday by Health Minister, Carolina Darias, at a Madrid ceremony witnessed by medical officers and campaigners.

Carolina Darias said: “This is a milestone based on equity, diversity, and equality.”

In 2014 the previous Partido Popular government restricted free access to IVF treatment to solely heterosexual women who had a partner.

That in theory forced others to pay for treatment, but with health services administered among Spain’s regions, many administrations did not enforce the change.

“Spain is a world benchmark in public health and in the rights of women and the LGTBI collective,” commented Darias.

“Those rights include access to mental health treatment; to non-discrimination due to HIV; to access to medicines without co-payment; to free and safe abortion; or to the fact that transpeople are no longer considered ill.”

Eugenia Sangil, the president of Spain’s federation of LGBTQ+ rights groups, welcomed the change, saying the lives of thousands of people would be transformed.

“Let no one doubt that expanding reproductive rights is expanding human rights,” Sangil said at the ceremony.

READ MORE: SPAIN’S HEALTH SERVICE PRAISED BY WHO FOR KEEPING COSTS DOWN FOR LOW INCOME PATIENTS