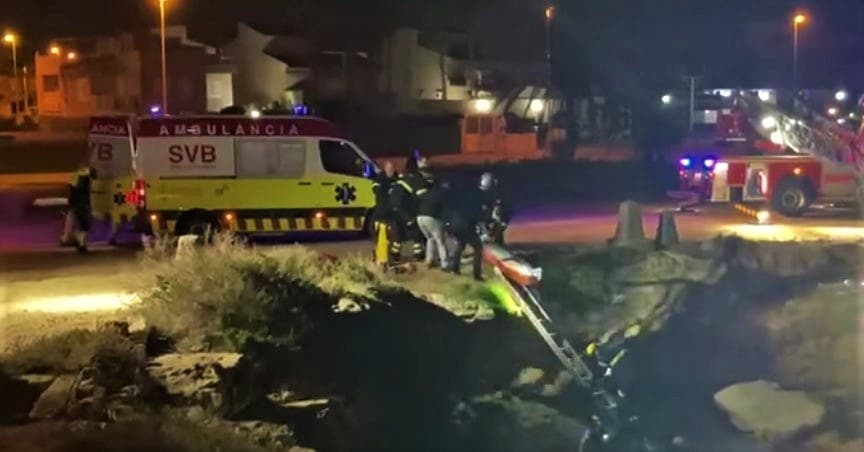 EMERGENCY services rescued a Russian man who could not get out of the sea on Tuesday evening at Torrevieja’s Cala de la Higuera.

It’s not known why he was in the choppy waters with reports suggesting he’d been in the sea for around 40 minutes.

He was taken to Torrevieja Hospital with hypothermia and a number of cuts and bruises.

At around 7.30 pm on Tuesday, walkers were surprised to see the man swimming some 20 metres off the rocky shore.

He appeared to be floating in the water and did not respond to their calls for him to get out of the sea.

Guardia Civil and Policia Local officers arrived at the scene along with firefighters.

The Russian managed to swim back but could not get out of the sea due to the rocks.

A fire ladder and stretcher were hoisted several metres down a cliff to rescue him.