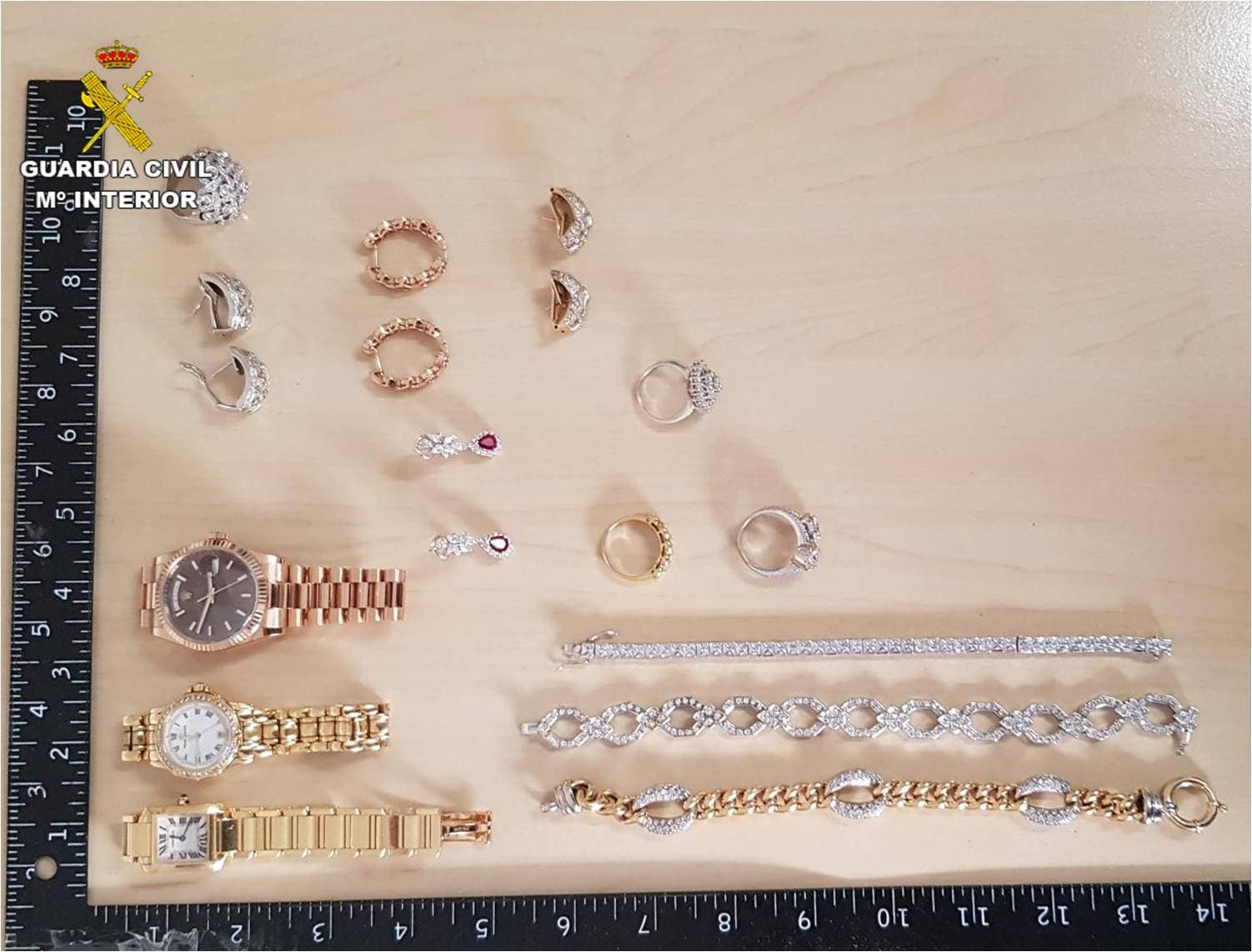 TWO jewellery thieves who took watches, rings, and bracelets worth over €116,000 from four homes in the Murcia and Valencia areas have been arrested in Torrevieja.

The men, aged 20 and 22, refused to stop at a Guardia Civil checkpoint in a residential area of the city.

A high-speed chase ensued as the men were pursued by several Guardia patrol vehicles.

The Albanian duo abandoned their car and tried to escape on foot without success.

Guardia officers discovered several pieces of jewellery in their vehicle along with €500 in cash.

Inquiries revealed the items had been stolen from a property in Caravaca de la Cruz in Murcia.

Officers discovered that three other homes had also been burgled in Valencia Province at Eliana and San Antonio de Benageber.

The thieves would identify a possible target and then wait inside their car, which had false number plates on it.

Once the residents left their home, they’d break in and help themselves to jewellery items and any loose cash that was lying around.

Their total haul was valued at €116.040 and the men were jailed after appearing before a Torrevieja judge.

Alex Trelinski - 29 Nov, 2022 @ 16:30
HOME sales in the Valencian Community in the third quarter of 2022 have reached levels not seen since before the bursting of the real...