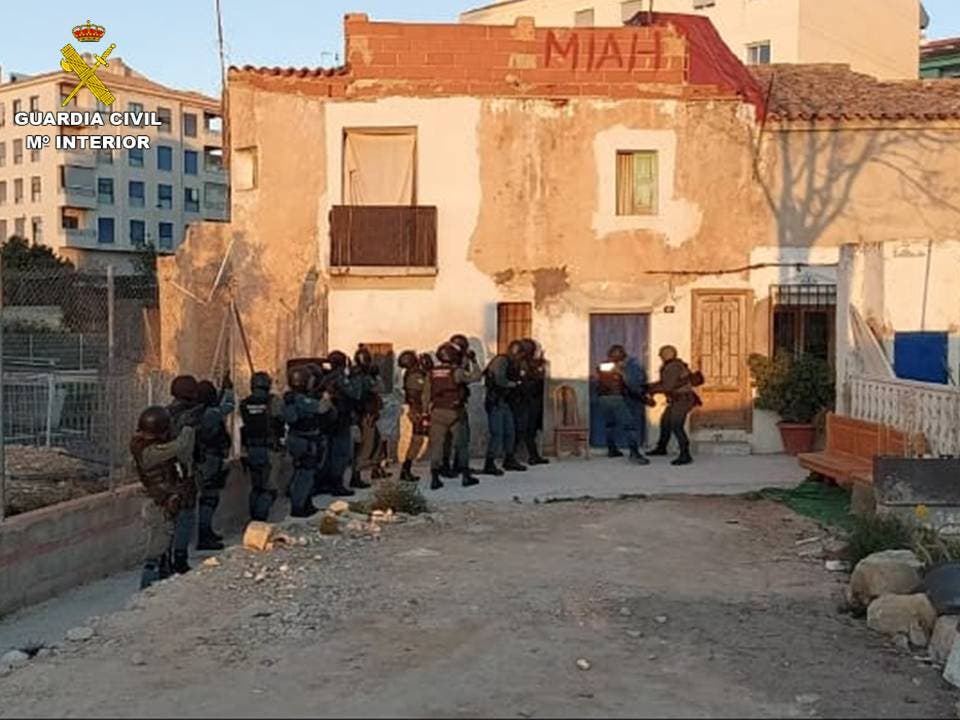 THREE men have been charged over 14 home robberies in the Finestrat and Villajoyosa areas of Alicante Province.

The gang used the ‘slip’ method to get into properties via a front door where the lock has not been turned.

A plastic card or sheeting is slid up to flick the latch, allowing free rein for the intruders.

One of the men had warrants pending against him for violent robberies.

Despite the list of offences, all of the group, aged between 22 and 33, were bailed by a Villajoyosa court.

The trio committed the robberies between July and November last year prompting a Guardia Civil operation to find the perpetrators.

Two of the crew did the physical break-ins while their remaining colleague sold off the stolen items.

Two Villajoyosa properties where the men lived were searched and a range of goods seized.

Plastic cards used in the ‘slip’ robberies were also recovered.

The Guardia Civil warned home owners to always lock their doors when they go out to avoid becoming ‘slip’ victims.

They’ve also appealed to neighbours to call them if they spot people hanging around empty properties when the owners are away on holiday.