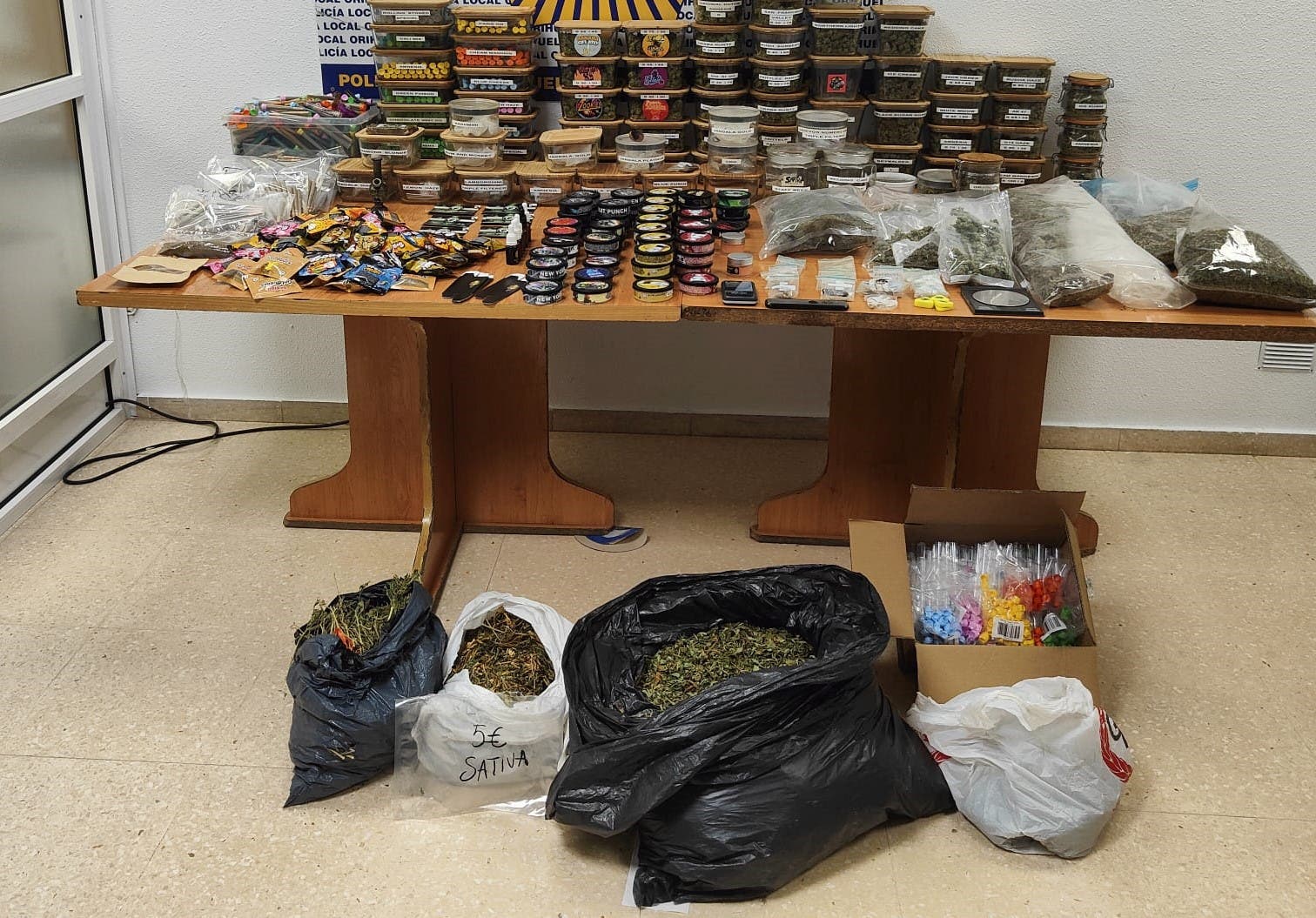 THREE British people are being investigated over an illegal marijuana smokehouse and drug sales point on the southern Costa Blanca.

The property was being used as an unregistered cannabis club.

It sold drugs which even registered associations are prohibited from doing under strict Spanish laws.

Officers discovered an array of marijuana products in different formats weighing in at over eight kilos.

In excess of 1,200 marijuana joints had been created and packaged up along with other ready-for-sale drugs items.

No more details about the location or the British trio under investigation has been made public.

The police raid is the latest in a series of swoops undertaken by Orihuela’s Policia Local on unlicensed smokehouses.