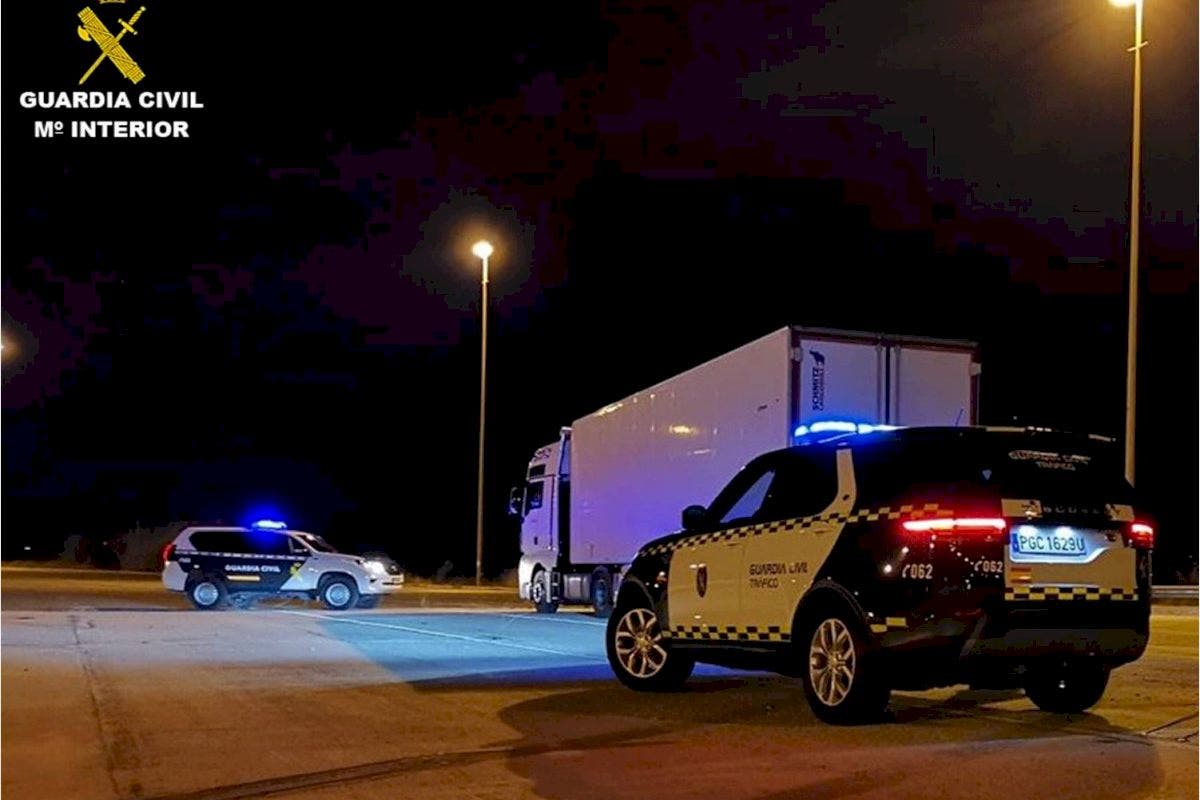 When he was pulled over by the Guardia Civil, the 36-year-old man was found to be over twice the alcohol limit for a professional driver.

He could get a jail sentence of between six months and two years and may lose his driving licence for up to six years.

Details of where he was based have not been disclosed.

Worried motorists phoned in reports on August 3 of a large lorry zigzagging towards Elche on the A-70 close to Alicante-Elche airport.

The vehicle constantly switched lanes with no indicators being used.

Cars overtook the lorry to avoid being caught up in an accident but gambled on it not suddenly crossing into their lane.

The Guardia Civil stopped the lorry on the AP-7 close to El Realengo, Crevillente.

The driver’s breath smelt of alcohol and it was a mere formality for him to fail a breathalyser test.

He’s been charged with reckless driving as well as drink-driving.