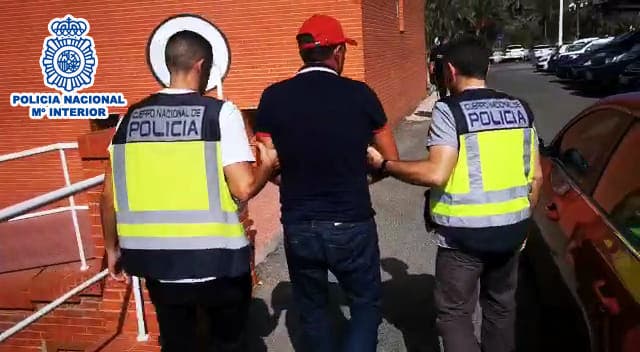 FOUR men have been arrested by the Policia Nacional for robbing eight industrial warehouses in Alicante Province and three premises in the Valencia and Murcia areas.

The value of what was stolen has not been made public and the robbery tally could rise still further as investigations continue.

The Policia Nacional said all of the East European men had no legal income and enjoyed a high standard of living, spending large amounts of money almost daily.

The gang used rented cars to create a three-strong convoy to travel to each target and communicated via walkie-talkies.

The first two vehicles were decoys in case police officers or security guards were deployed at a location, with the last car containing the actual thieves.

They would force their way in from an adjoining building or directly by breaking in through the warehouse front door.

The gang’s security measures and the fact they drove straight out of the robbery area meant it was difficult for police to track them down.

It took a year for the crew to be identified and arrested before being brought before courts in Orihuela and Torrevieja.