A PROJECT to build a motorway between Ronda and the Costa del Sol will “bring major destruction” to the area, according to ecologists, hoteliers and locals.

The planned autovia, which will carve its way across virgin terrority from San Pedro via Benahavis and the Genal Valley, would cause huge environmental damage and threaten the existing lifestyles of the area.

This, however, has not stopped a consortium representing the eleven villages of the Genal Valley from including the four-lane toll road on its official plans for the area.

Among a host of new link roads planned for the region, both consortium boss Francisco Marquez and the area delegate for the Junta de Andalucia, Fernando Centeno cited the road as the key component for development over the next decade.

The 17-kilometre road would cut the journey time from Ronda to the coast from almost an hour to 25 minutes.

The huge costs involved inevitably mean a toll of up to five euros per car.

“It will take four or five years to build and it is still only in the early planning stages,” said one local Genal Valley estate agent who has seen the plans. “There will be at least two enormous bridges so it is a huge project.

“It is going to cost over 100 million euros and most of the money will come from the Junta.”

He added: “We hope it will turn the area into an exclusive zone like Zagaleta, near Marbella, and it is going to earn a lot of people plenty of money.”

However, it is just this attitude that many greener residents say will bring “costafication” to the area.

One, Di Beach, boss of hotel Los Castaños said: “It will spell major destruction for this area. It is just about money and another example of how the coast is slowly creeping inland into the mountains.

“The quiet rural lifestyle of these villages, their sustainable cottage industries and their agriculture will all be lost. Many of the locals are all for it. They think it will bring prosperity to the area and do not see the other side of the coin.”

The chief of the Valle de Genal consortium believes that the existing infamously windy road puts many tourists off from visiting the region. This, he believes, is stifling development.

The announcement was made by provincial delegate Fernando Centeno during a forward meeting of the POTA development plans for the area.

It has already been reported that a deal has been struck between Disney and the Junta de Andalucia that, in return for a theme park licence in Manilva, the American giant would part-finance the road. 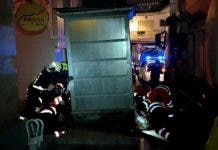