WHEN Status Quo star Rick Parfitt tied the knot in Gibraltar last August, he joined a long list of stars to marry in the postage-stamp territory. Cheaper and quicker to marry there than in the UK, he was following in the footsteps of among others, Sir John Mills, Sean Connery and even John Lennon and Yoko Ono.

Wedding snaps taken against the looming backdrop of the Rock – the 426-metre sheer limestone escarpment – must look spectacular. Not that Parfitt hung around long enough to visit the fascinating colony, which includes the only wild monkeys in Europe.
Parfitt and his new wife, fitness instructor Lyndsay Whitburn, who has a house nearby on the Costa del Sol, had departed the tiny state – which is just two and a half miles square – within an hour of the nuptials.
A few years ago that might have been justified. The last time I visited the British protectorate in the early 1990s, the Rock was little more than a tacky, rubbish-strewn enclave, full of squaddies and Union Jack sticks of rock. Its best known restaurant was a Wimpy.

Known for the endless queues to get past the bureaucratic Spanish border guards, the border was shut until the early Eighties when reaching the Rock meant a long boat trip via Morocco. Most visitors did little more than buy duty-free fags and perfume and sink a couple of pints of warm bitter. You might as well have been in Bognor.

Nowadays, to my surprise, things have changed somewhat. Not only can you cross the border in under five minutes (having parked you car nearby in La Linea – free if you do not mind a ten minute walk), but the squaddies, who now number less than the wild apes, have given way for new tourist enterprises, and a spruced up image.

This means fashionable, waterside restaurants, trendy hotels and even jazz evenings. There is a new hospital, a big cruise line terminal and all the high street shops (M&S, BHS, etc) you would expect in an English country town.

Largely due to a rapprochement between Spain and the UK (a new agreement was signed last September), there is plenty of new development going on and even talk of sharing Gibraltar airport, a huge step considering that until recently no Spanish plane could land here.
Flights have recently been launched by Iberia between the enclave and Madrid and a new low-cost airline Fly Gibraltar is waiting for its CAA licence.

So what can we find in Gib? Alongside the obvious attractions of nearby Andalucia, Gibraltar offers much for the holidaymaker. As well as beaches, good shops and some splendid views, the history of the place is fascinating. Gibraltar is literally bristling with the antique remnants of British fortifications, gates and gun emplacements, and few places give a better insight into the days of the Empire.

Battlements adorn the walls of the old town and in the evocative Trafalgar cemetery you can find the graves of those who died in the famous battle.

Nearby, on Rosia Road, is a monstrous 100-ton Victorian gun marking the spot where Nelson’s body was brought ashore in a barrel of brandy to conserve it. Later drunk by sailors for good luck, the naval hero had been a frequent visitor to the Rock while HMS Victory was being repaired or fitted out.

Strolling around, it is easy to appreciate how Gibraltar must have been on an almost permanent war-footing after seizing it from the Spanish in 1704.

A series of long and bitter sieges ended in the decision to start constructing shelters and further gun emplacements inside the rock.

Excavations did not stop for over 200 years until, during World War II, there were an amazing 32 miles of tunnels inside the rock (many more than on the outside), and space to house 16,000 people.

Arguably the most impressive defensive system in the world – like a veritable Swiss cheese – thanks to a recent deal with the British army you can now go inside this strategic and often claustrophobic tunnel network.

Children will love exploring the passages that once held the office of General Eisenhower and the barracks of the thousands of troops, many who were not allowed out to see daylight for months at a time.

The strategic reasons for such sacrifice however, are only fully appreciated once you emerge into daylight and climb – or take the cable car – to the top.

Here, you arrive to one of the best views in Europe; inland to the pointed peaks of the beautiful Serrania de Ronda; out to sea, across the Straits of Gibraltar, into the Rif Mountains of Morocco.

At 1,398 feet, you are at the top of one of the mythical pillars of Hercules – the other Jbel Musa just across the sea in Africa.

Peering down at one of busiest bottlenecks of water in the world (about 12 miles in width) it is easy to understand why Gibraltar has been a key naval base for centuries.Whoever controlled the Rock, controlled the Mediterranean, a fact not lost on the Phoenicians, who were the first civilisation to build a fortified base, protecting their Atlantic trading destinations.

Following the demise of the Roman empire, the Rock eventually became a bridgehead for a Moorish assault, when in 711 the governor of Tangier Tariq ibn Ziryab led his troops to vanquish the disorganised rabble of Visigoths.

The Arabs went on to rule the area for seven centuries. The Rock was christened “Jbel Tariq,” Gibraltar being an Anglicisation of it, rather like sherry and Jerez.

Nature lovers will enjoy the reserve that protects the top half of the rock. As well as boasting over 600 species of plants, it is one of the best places to watch the millions of birds that migrate between Europe and Africa every year.

But the main draw is of a hairy kind. For it is up here that you will find the only wild apes in Europe.

Numbering 250 or so, it is unsure exactly how the colony of tail-less Barbary macaques got here from North Africa.

While some say the Moors imported them, it is just as likely that they arrived when the continents were still joined 5000 million years ago. It was then that the Atlantic rose to breach the thin isthmus of land that linked them, in the process creating the Mediterranean, which had previously been an enormous desert.

Either way, the monkeys – who divide into half a dozen troops – are a thoroughly entertaining bunch. Swinging around, interacting with the visitors, grabbing handbags, snatching food, and generally being cheeky, you can spend hours watching them.

Such is their legend that it is said that their departure will herald the end of the English presence here – a superstition that so worried Sir Winston Churchill during WWII that he imported a few dozen more to ensure their survival.

One nearly got the better of me, as I stood watching them. Much to the amusement of a full cable car waiting to descend, the cheeky monkey, crept up from behind and suddenly tried to grab my bag, which was luckily over my shoulder.

Heart pumping, it was the prompt to begin the hour or so stroll down to town, which is full of interesting corners and architecture.

Full of remnants of the former colony, one of the best places to take afternoon tea (indeed, one of the most famous afternoon teas, with scones and cream in the world) is at the historic Rock hotel, before you head up to the nearby Casino, along a magical pathway planted with tropical plants.

Later I had a splendid meal at the Waterfront restaurant beside the new marina, and then wondered back to discover an excellent jazz evening at our hotel, the O ‘Callaghan Eliott. The place was hopping till the early hours and the last thing I had expected.

As I headed off up the road to San Roque and its famous golf course the following day, I looked back at the imposing landmark with completely different eyes. Finally I could see what all the fuss was about Gibraltar, Our Rock, and long may it remain that way. The place is rocking! 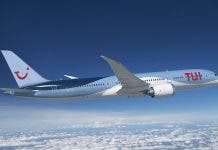 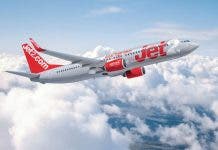 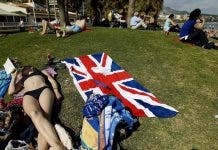 Dimitris Kouimtsidis - 8 Apr, 2020 @ 17:38
A COUPLE in La Rioja have married on their balcony, after their wedding had to be cancelled due to COVID-19.