THEY have painted the town blue in Jerez after the town’s football team got promoted to the Spanish first division.

Numerous companies painted their buildings light blue and white – the team’s colour – while the town hall got into the spirit with a special kit for Jerez’s famous minotaur statue.

They were joined by Zaragoza and Tenerife in the world’s second most lucrative league.

Celebrations went on all weekend after the team clinched promotion on June 14. 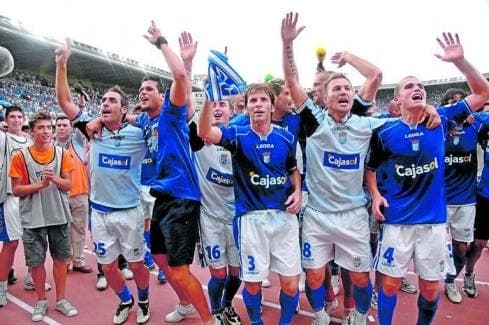