NO new investigations will be carried out to search for poet Federico Garcia Lorca’s final burial spot.

This is despite it emerging that another key report, by an important local body, was inexplicably ruled out by the Junta.

The dossier by the Granada Association for Historical Memory pointed at another burial spot 400 metres away from the site, where investigators found no remains this month.

Investigators had found little more than a “giant rock” at the supposed burial site in Alfacar, near Granada city.

But now it has emerged that the new report claimed his body was buried in an area known as Caracolar.

The association’s former president, the historian Francisco González Arroyo, claims that the Junta de Andalucía ruled out the report.

Lorca is widely believed to have been murdered, aged 38, by members of the Black Squadron who targeted him for his Left-wing views, Republican sympathies and homosexuality.

He and three others, including a one-legged school teacher and two local bullfighters, were said to be shot at dawn and buried in the same unmarked grave on the edge of an olive grove.

The failure to locate his remains comes as a disappointment to Irish historian, Ian Gibson, who wrote a biography of Lorca, and pinpointed the location of the grave after interviews with the man who claimed to have buried him.

“They may not have found him yet but I’m still convinced that his remains are there,” Mr Gibson said. “It may be that search has to be widened a little bit but I have no doubt Lorca will be found in that area.”

One new theory proposes that Franco ordered the relocation of Lorca’s body after his execution provoked international condemnation.

A new book claims that Franco ordered the emptying of the mass grave in the weeks following the murder and that Lorca’s remains to be buried quietly elsewhere.

Historians believe some 130,000 people were killed by fascist death squads during the three year conflict and ensuing dictatorship that ended with the death of Franco in 1975. 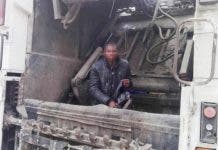 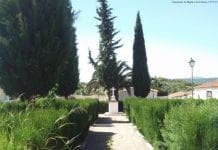 REMEMBERING THE ROSES: Spain second only to Cambodia for missing persons as mass women’s grave is set to be opened in Andalucia 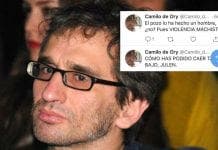 ‘HUMOUR HAS NO LIMITS’: Man in Spain defends his jokes about little Julen who died down well