WINE in Andalucia has come a long way since the Phoenicians first planted vineyards in the fertile Cadiz area in 1100 BC. 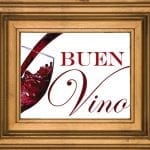 Today, there are over 40,000 hectares of vines planted in 20 regions, and Andalucia is slowly becoming revered worldwide as an important center for wine-lovers.

From the historic sherry huses of Jerez, to the up-and-coming new vineyards near Ronda and Granada, Andalucia boasts numerous top-quality wines.

Over half the wine in Andalucia is produced in four major ‘Denominación de Origen’ (DO) areas—Jerez, Malaga, Montilla Moriles, and Condado de Huelva – but 16 other regions have ‘Vino de la tierra’ certifications, which is one step below DO on the Spanish wine quality ladder.

The vast majority of these have only sprung up over the last decade, with many only a couple of years old. To use the words of American wine guru Robert Parker: “Andalucia is one of the key regions to watch.”

Here, the Olive Press offers you a potted journey around the different zones, as part of our 12-part series on Andalucian wines.

Best of all, next time you’re at a dinner party, bust out these facts and show all your friends what an Andalucian wine aficionado you are!

Jerez
What better place to try a refreshing pre-meal aperitif than the birthplace of sherry? The area around Jerez has the crucial ‘secret combination’ necessary for good sherry: crumbly soil with moisture-retaining albariza (a white chalky soil), a damp climate that encourages growth of the ‘flor’ (a coat of yeast that forms on aging wine and prevents it from oxidizing), and the unique ‘solera’ system used to blend different vintages. Brits have long been sherry’s most prominent international consumers. The craze started when Sir Francis Drake ransacked the Cadiz port in 1587 and stole 3,000 barrels of Sherry…

Malaga y Sierras de Malaga
Malaga has traditionally been the home of sweet dessert wines, and the Romans, Moors and later the British were all enthusiastic fans of wines from the region. But as fashion changed and consumers internationally began to prefer drier wines, the region started to struggle, which is a pity. While there are still some great sweet wines – notably in the Axarquia, and, for example, in Gaucin, where a small producer Enkvist makes a great Moscatel – the region has now started dedicating itself to complex and innovative red wines, particularly around Ronda. Malaga wines benefit from the region’s great variance—the inland sun near Antequera reduces grapes’ moisture and concentrates their sugar, while the western Manilva area’s humid weather creates rich soil that lets grapes grow large without losing sweetness.

Condado de Huelva
Known for its indigenous white grape, Zalema, this DO produces Condado Viejo, an amber-colored fortified wine with earthy and nutty flavours that perfectly complement the renowned Iberian ham. New technologies have helped revive Huelva’s wine trade, as area wineries have started producing young table whites from Zalemas that go well with the local seafood when chilled. Huelva’s wines were the first to be imported to America, believe it not; Christopher Columbus took some on his famous voyage.

Montilla Moriles
Often considered to be a rival of Jerez, Montilla Moriles in the Cordoba province produces traditional sweet dessert wines and fortified wines. The wine region’s 95 bodegas produce 24.4 million liters annually. To distinguish their vintages from sherry, wineries in Montilla Moriles use a different type of grape called Pedro Ximenez. The grape has higher sugar content than the Palomino variety used for sherry, and its naturally higher alcohol content means it doesn’t need to be fortified with extra alcohol. Locals claim you’ll wake up hangover-free because of it! Oh, and one other useful fact: dry amontillado sherry, means ‘of a Montilla style’.

Cadiz – acquired VDT status in 2005
Located just east of Jerez, Cadiz wineries produce a variety of sherries and brandies that range from the dark and dry amontillado to the golden fragrant oloroso. The role of wine in Cadiz is so central that the region’s local cuisine is typically planned around the accompanying vintages.

Contraviesa-Alpujarra and Laujar-Alpujarra – both aquired VDT status in 2004
Famed Spanish wine critic José Peñin has pinpointed this region as one of his key up-and-coming areas in Spain. “Keep an eye on La Alpujarra of Granada,” he said. “Its winemakers are capable of making great wine.” While production here is small, the wines benefit from the region’s colder night-time temperatures, which give a rest to the vine and allow acidity and complexity to develop within the grape. Some of its vineyards can be found at well over 1000 metres. Barranco Oscuro is at 1,360 metres.

Cordoba – acquired VDT status in 2004
As the northernmost province of Andalucia, Cordoba is a hotbed for the production of sweet white wines similar to those in the nearby Montilla Moriles. A few glasses will go perfectly with Mediterranean tapas, in particular the traditional local jamon Iberico. 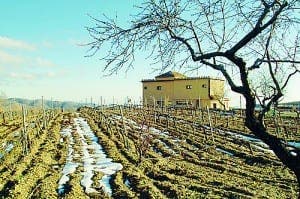 Sierra Sur de Jaen – acquired VDT status in 2003
Though the area may be most renowned as a capital of olive oil, the Jaen region’s wines are on the upswing as well. The locals’ technical knowledge and ability to till on the land as they harvest olives has helped them figure out how to create optimal environments for growing grapes, from Cabernet Sauvignon to the local Jaen blanco.

Granada Sur-Oeste – acquired VDT status in 2003
This southern area is home to one of Spain’s top wines, the dry Moscatel de Alejandria produced by the bodega Horacio Calvente, which was included in Neil Beckett’s 1001 Wines You Must Try Before You Die. The Moscatel is an incredibly dry and alcohol-rich wine that still boasts nuances of stoney minerals and hints of grapefruit. It has an ‘almost grappa-like aftertaste, without the burn’ he wrote.

Ribera del Andarax – acquired VDT status in 2003
The winemaking tradition in the Valley of Andarax has generally been more focused on the production of the unique Ohanes grape, named after the local municipality from which it originated. But with the grape’s arrival at large Israeli and Italian markets during the 1970s, the Ohanes gradually lost market share in these countries and today, the area’s focus is more on mainstream grape varieties…but the final product is still delicious!