WHETHER it will help the city’s capital of culture 2016 bid is unclear, but a new Ben and Jerry’s shop will certainly boost Malaga’s popularity among fans of good ice cream. 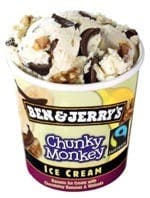 The American dessert joint is opening in Malaga’s la Farola port area, which will emerge revitalized in autumn of 2011 filled with new shops, bars, and restaurants.

Other restaurants of note that will open in the port area are Café de Paris, Foster’s Hollywood, a natural juice bar called El Capitán Garfio, Ruby’s Indian-Mexican cuisine, and a smattering of tapas outlets and sandwich sellers.

Over 65% of the port’s commercial space has already been claimed by businesses hoping to get in on the new venture, including 22 restaurants.

Aside from a lighthouse and an old chapel, which will be preserved among the new restaurants and shops, the port is largely undeveloped despite its ideal location.

Town hall and port authority planners hope to transform the port into a place that will draw passerby and get them to spend time—and money—in Malaga’s waterfront urban area.