SPANISH airports were paralysed on Saturday due to an air controllers’ wildcat strike which left more than 300,000 passengers stranded.

The government declared a state of alert, unprecedented since Spain became a democracy after the death of Franco in 1975. That allowed for the air controllers to be arrested, face immediate charges and prison sentences of up to six years, Interior Minister Alfredo Perez Rubalcaba said.

On Friday the government placed air traffic under the control of the army after the unofficial walkout by controllers.

Airport authority AENA said 70 per cent of all controllers had either left their stations or failed to turn up for work on Friday, without prior notice. Many called in to say they were sick or unable to work.

More than half of the controllers returned to their posts on Saturday, but refused to work, claiming they were ill. AENA sent in doctors to check on their health.

Today AENA have announced that 286 of the scheduled 296 air traffic controllers are at their posts. Flights are slowly returning to normal and 200 flights have operated in the two hours from 9am. Today there are approximately 4,060 scheduled flights.

AENA are still advising passengers to check their flight status with the airline before heading to the airport.

They can also find the latest information from AENA on www.twitter.com/aenainformacion or by calling 902 40 47 04 in Spain. 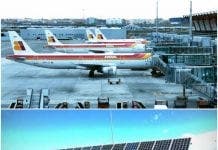 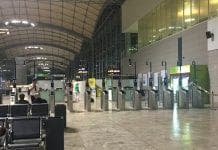