AN expat has called in lawyers after he received a mobile phone bill for nearly 5,000 euros for just one month.

Barnett Fletcher, 46, from Sotogrande, is furious after Vodafone hit him with a bill of 4,723 euros for March this year.

The director of Gibraltar-based marketing company Rock Brand is outraged that the company has now put a debt collection agency onto him despite insisting it is not his fault.

The problems began in September when the father-of-two, originally from Surrey, received a bill for 1,500 euros when he had never previously exceeded 200 euros a month.

“The issue seemed to be that my new Blackberry was constantly connecting to the internet,” Fletcher said.

“I asked the store in La Linea to resolve it but they sent me back to the head office,” he added.

After that he was passed back and forth between the store and the head office, all the while incurring bigger and bigger bills each month.

“I have now passed all the paperwork to my lawyer and am pursuing compensation. It’s despicable,” he said.

Meanwhile, another Vodafone customer has accused the firm of breaching the terms of his contract after he refused to pay a bill.

Wheatley contacted Vodafone in mid-2010 to cancel his contract after being charged for receiving unsolicited text messages.

Wheatley – who also had an internet contract – switched to a pay-as-you-go contract on Vodafone’s recommendation, but replaced the sim card with another provider.

He continued however, to receive bills for 20 euros for calls which he claims he did not make.

So he gave the required 15 days notice to cancel his contract and stopped his direct debit.

Vodafone responded by cutting off mobile internet access despite the bills being paid.

The firm meanwhile, has refused to cancel the contract as requested and continue to bill Wheatley, who currently owes 103 euros, for a service he is not receiving.

Wheatley says he has also received a letter from a debt collection agency and now the company has blocked his wife’s phone despite it having credit.

“Surely this is illegal,” said a furious Wheatley. 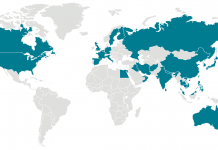