ON Saturday, 14 January 2012, Axarquia Rugby Club Cadets (U17s) made the long journey to Algeciras to play against their Andalucian Group B rivals, Club Rugby Bahia 89 from Cadiz Province.

With a full complement of players, confidence was high after their impressive display the week before, and it wasn’t long before the talented flanker, George Vallance, broke through the defensive line to score the opening try under the posts. Another individual try for the flanker and a well drilled forward’s try just before half-time meant that Axarquia went into the break 21-0 in the lead after captain and main kicker, Danny Ward, secured the three conversions.

In the second half, after initially withstanding some great forward play from Bahia 89 for the first 10 minutes of the half, Axarquia stretched their lead with five further tries and three more conversions to eventually wrap the game up with an impressive 52-0 victory earning the team an extra bonus point.

Michael Reeve, the head coach, was understandably pleased with the performance, commenting, “The boys played really well and what pleased me most was seeing some of the routines we have been working on in training being executed in a real game. This great group of lads are starting to gel into a really good team, with great camaraderie and I expect to see more and more from them.”

Axarquia now move up into fourth in the league, just ahead of rivals Malaga who they next meet at home on the weekend of 28/29th January at the Fernando Hierro Stadium in Velez-Malaga. All rugby fans are encouraged to come and support Axarquia in what may prove to be the pivotal game of their league season.

Entry is free to all, and a small bar will be operating serving refreshments during the game.

For more information on joining Axarquia Rugby Club or if you would like to sponsor the Axarquia teams, please ring Michael on 669 899 064 or 952 514 898 . Training for Axarquia Rugby Club is held at the Fernando Hierro Stadium in Velez-Malaga every Tuesday and Thursday from 19.00 for the juniors and 20.30 for the seniors (all age groups welcome). 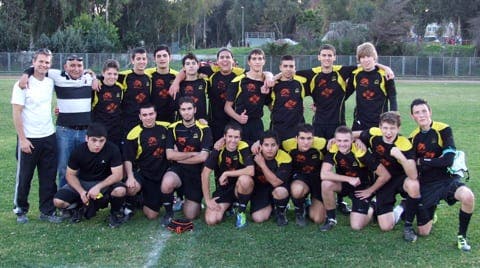 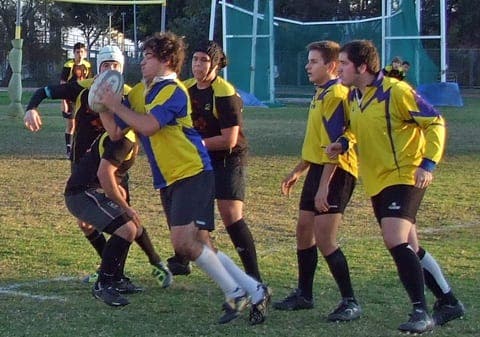 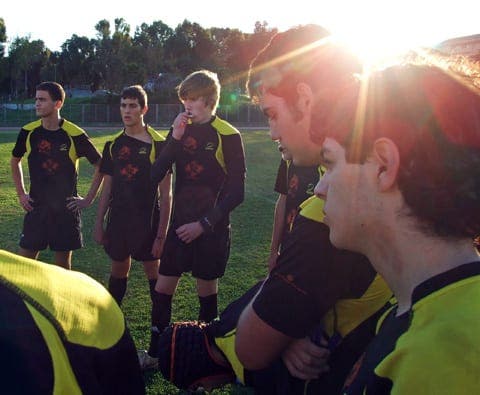 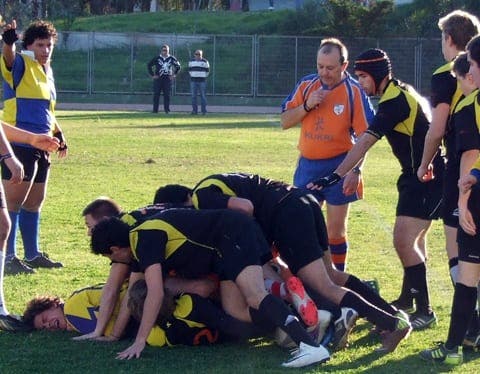