INCOMING Deputy Chief Minister Joseph Garcia has slammed the previous administration over its handling of the new air terminal.

Garcia claims that false partition walls were put in place to hide unfinished work during a recent public viewing of the building.

The minister added that the new terminal was only opened during the election campaign as part of  an electoral stunt ‘with little or no consideration for the public purse’.

The government is currently conducting a comprehensive review of public finances, with suggestions that a proposed airport tunnel could end up costing more than £50 million over its original budget. 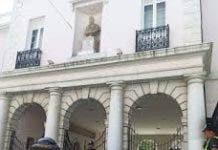 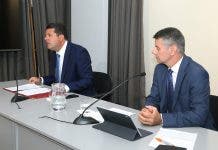 Gibraltar minister of education steps down from government for family reasons