The Pelli Tower has a “highly negative visual impact” on Sevilla’s old town, and local authorities need to find a way “to stop the project and rethink the project”, said a report.

It comes after UNESCO sent two delegates to the site to determine the effect the project had on Sevilla’s old town, which enjoys ‘world heritage’ status from the organisation.

The report said the tower’s height – a staggering 178m – needed to be revised, and described the tower’s negative relationship with the river and other buildings around it, saying it was being constructed in a “particularly sensitive” part of the town.

The tower, set to house Cajasol offices, is being constructed at a rate of one layer per week and so far 15 floors have been built.

It sits around a mile away from three of Sevilla’s key buildings – the Cathedral, the Alcazar and the Archivo de Indias – for which the town enjoys ‘world heritage’ status.

UNESCO’s final decision will be made when the World Heritage Committee meets in May. 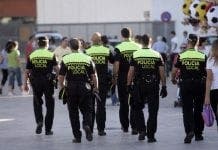