THE mysterious case of a house sold six months after its owner’s death is at the centre of a dispute between the past and present owners of a care home.

The claims come as a heated row between the owner and former owner of Villa Jacaranda, in Alhaurin, could see its residents forced to find a new home.

Among numerous claims by both parties is that former owner Shapiro concealed the death in 2009 of home resident Ronald Bosson in order to sell two of his properties six months later.

Despite Shapiro insisting this is not the case, the Olive Press has seen emails purporting to be from Bosson sent using Villa Jacaranda’s email three months after his death.

Former care home manager Paul Price – who worked for Shapiro – confirmed that he and her were the only staff with access to the home’s email account.

The Olive Press has also seen missives from Shapiro’s own email to both an estate agent and the buyer of the two properties in Blackpool, in Lancashire, encouraging the sale to go ahead with no mention of Bosson’s death.

Meanwhile, bank statements show that the money from a third, earlier house sale, entered Bosson’s account just days before it was withdrawn and deposited in Shapiro’s personal account.

Price confirmed that Bosson suffered from dementia and would have been unable to compose the emails written in his name, even when alive.

He questions how an apparent power of attorney was obtained by Shapiro in the first place and insists that the victim’s previous solicitor in the UK got wind that something was amiss and tried to block the earlier sale.

Despite her strong denials, Price is convinced that Shapiro intentionally concealed Bosson’s death from the buyer and agent, and that the money from the homes should not have entered Shapiro’s account.

Buyer Mike Bond, from Blackpool, expressed surprise and insisted he had ‘no idea’ the seller had died before the purchase went through.

The care home’s current owner Sands has now reported the incident to police in Lancashire.

Detective Constable Tony McClements from the Serious & Organised Crime Unit in Preston confirmed the complaints had been filed but that it had been referred to the Spanish authorities.

“I cannot really comment more and am unable to pre-empt what the Spanish will do,” he said.

While Shapiro refused to answer a series of written questions sent to her, former British consul Bruce McIntyre, who is a patron of Shapiro’s charity Age Care, was quick to pour cold water on the accusations.

“I doubt very much that it is true,” he said. “Accusations like these can be made for various reasons and personal grudges.

“Sometimes she did intervene between families but it was always in the best interests of the patients.”

When the Olive Press finally spoke to Shapiro, she said: “It is all a complete fabrication.

“Sands and his drinking buddy Paul just conjured up this story.

“I will have to come back myself to look after the residents.”

Sands is now waiting for a court date to sue Shapiro. He insists she illegally sold him the care home without a licence last March which led him to stop paying his rent.

“My solicitor said it was only a question of time before we would have to close Jacaranda and sue for our money back,” he said.

But Shapiro, who still owns the actual building, has since been successful in getting an eviction order.

Sands has been given until the end of March 24 to vacate the property. 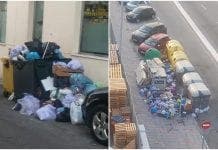 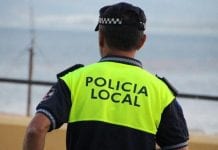