THEY are incredibly randy, come from the UK, and have been wreaking havoc on the Iberian bird population.

It comes after the EU ordered the UK a decade ago to spend millions culling its ruddy population, which was threatening the Spanish white-headed duck population.

After an urgent directive issued in 1999, €6 million was put aside to eradicate the species.

The problem came after the species, which was introduced from America in the 1940s, starting breeding like rabbits.

With few natural predators, by 1999 around 7000 birds were living wild in the UK.

The problem was that from the early 1980s the birds decided they fancied trips down to Spain at certain times of year.

And the males developed a penchant for the females of another species; the white-headed duck – one of Europe’s rarest birds.

Already under threat due to a loss of their wetland habitats, the white-headeds have seen their numbers drop to 10 per cent of what they were a century ago.

And, because they are so enamoured by ruddy ducks, conservationalists feared that they could be wiped out entirely.

Despite some local protests, the UK Government has finally authorised the hunt of the final estimated 200 individuals.

But it is not going to be easy. Because they are secretive and like to hide in dense vegetation with other birds, it takes skilful marksmen to wipe each ruddy out without accidentally hitting other wildlife or people.

IS it any wonder the ruddy duck’s wooing techniques were winning over the Spanish white-headed ducks?
Aside from boasting nine-inch corkscrew-shaped manhoods, the male ruddy’s mating ritual sees him raising his tail at right angles, thrashing its blue beak up and down against its puffed-out chest and emitting a low croaking sound. Irresistible! 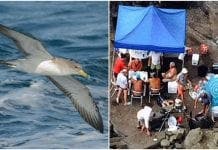 SNIFFED OUT: Group in Spain fined €86,000 for cooking stew of protected birds after police smelt it from cliff 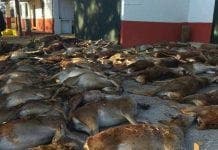 Demands for an investigation after culling of deer in Andalucia 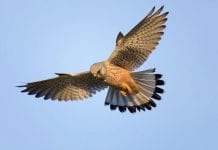