ENVIRONMENTALISTS are calling for greater cooperation between authorities in Gibraltar and Spain amid safety fears over a new fuel depot in Algeciras.

The development – part of an existing terminal operated by storage giant Vopak – is set to come into use early next year, boosting the site’s capacity to four million tons.

The Environmental Safety Group has branded the scheme a ‘significant environmental and safety risk’.

It has urged Gibraltar’s government to raise the issue with the EU if Spain fails to provide details from an environmental impact study. 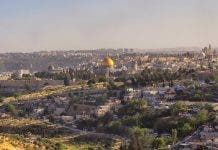