VETS on the Costa del Sol are hopeful that a new vaccine against a disease that affects around a third of dogs in Spain could help tackle the problem.

Leishmaniasis, also known as Mediterranean Disease, is an infectious disease transmitted by sand flies that can cause dogs to suffer hair loss, skin sores and even kidney failure.

The ailment – which is particularly bad in southern Spain – also affects humans, with an outbreak in Madrid affecting over 200 people in March.

The most common method of treatment for canine leishmaniasis is a collar containing an insecticide that has proven to be 86 per cent effective.

But now vets believe a new vaccine could pave the way for more effective management of the disease, which is thought to affect between 30 and 35 per cent of dogs in Spain, though some admit that the treatment is still relatively unpredictable.

“It is too early to tell how effective the vaccine will be,” veterinary nurse Melinda Dunzel from the Pointer Clinic in Estepona told the Olive Press.

“But we are optimistic that it will help with prevention and anything that will help stop Leishmaniasis is welcomed.”

The vaccine, which is administered in a course of three injections followed by an annual booster shot, costs between €50 and €65 per injection. 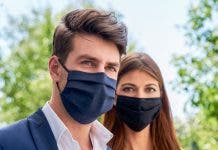 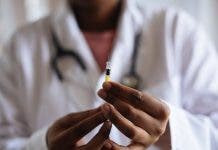 Lydia Spencer-Elliott - 30 Nov, 2020 @ 17:00
CANFRANC train station, situated in the Pyrenees between Spain and France, is set to reopen next month after being shut for half...