It is less likely to create an image of a smarmy salesman trying to sell you a timeshare or dodgy investment scheme.

But many of these scoundrels operating in Spain display the character traits associated with psychopaths.

The Financial Services Authority (FSA) recently sent an email to 77,000 people, many in Spain, warning them that they appeared on a so-called ‘suckers list’ used by boiler room bosses to target unsuspecting investors.

The people who use the list were described by the FSA as ‘ruthless, calculating and will stop at nothing to steal your money’.

This description bears remarkable similarities to the features of a psychopath.

Here, the Olive Press explores the ways in which the behaviour of unscrupulous conmen in Spain closely reflects those considered to be psychopaths.

It is an all-too common scene: you’re relaxing in the bath, after a long day and the telephone goes.

A charming man asks you whether you are interested in investing in shares and the offer may sound enticing – leading to you being offered a discounted price or even a free gift.

But these cold calls are part of an elaborate and ruthless scheme to con people out of millions of euros a year.

And the shares they are pushing are either worthless or non-existent.

This type of fraud targets wealthy, middle-aged or elderly Britons from call centres largely based in Spain.

Victims of this fraud have in the past lost their life savings and even their homes with the average loss at a colossal €26,000.

That doesn’t stop the criminal masterminds behind the network of deceit squeezing every last drop they can out of prospective customers.

They may assure you you’ll have massive gains within 60 days – a promise broken thousands of times over with so many British customers.

These fraudsters are not even adverse to kicking their victims when they are down with many companies set up to offer boiler room casualties a way to recover their money for a ‘small’ fee of up to €600.

The money is pocketed and victims are sometimes left penniless. 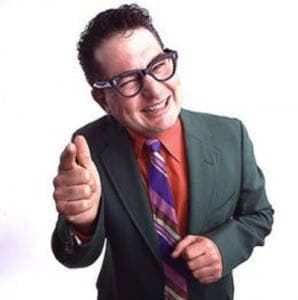 Many victims of timeshare fraud will tell you their nightmare began with a call asking whether they would be interested in timeshare.

An equal number will have been enticed by the infamous ‘scratch card’ schemes, so popular in the big costa resorts.

But one thing in common, the salesmen sound convincing and will name-drop credible and highly official sounding companies, lawyers or estate agents that they are ‘affiliated’ with.

The bottom line is anyone making unsolicited calls, or approaching you in the street, should be treated with extreme caution.

In the 90s these predators took advantage of the property ‘boom’, conning 600,000 people into signing up to timeshares.

Victims only realised they had been scammed when they discovered these properties didn’t even exist or that the annual maintenance fee totalled sums in the region of a mind-bending €2,000.

These conmen are highly skilled in the art of persuasion – they deftly convince their ‘prey’ to part with their money, inventing a number of reasons to hand over your bank details.

They will offer legal, security or financial services and may even assure you they will transfer money into your account when in fact the reverse is happening.

In the past 12 months the Timeshares Owners and Committees Organisation saw a mammoth 180 per cent surge in complaints against these master manipulators.

Thousands of Brits have also been defrauded by equity release scams .

These predators “are thieves…instead of climbing in through your window they gain your trust and simply walk through your door,” explains David Klein of the Costa del Sol Action Group, which receives up to ten calls a day from victims of equity release schemes.

“They become your best friend.’’

At the turn of the century, approximately 100,000 pensioners hoping to live out their lives in warmer climes moved to Spain, attracted by the low cost of living.

Yet as the fever of the boom waned and the cost of living increased, many expats signed equity release schemes allowing them to borrow money at the value of their homes to get cash.

The ‘advisors’ hoodwinked their customers into believing they would get a great return on investments of their loan but when the money ran out they would demand the money back.

“These rapacious financial advisers would use your loan to make high-risk investments…the higher the risk the more money they would receive as commission,’’ adds Klein.

The vultures would get a monthly pay-check of up to a whopping €65,000 while their customers were left up to their necks in a debt they could not repay.

How to spot a psychopath:

•    CHARMING: They tend to come across as highly charming and funny

•    CANNY: They are extremely manipulative and will attempt to con you whenever possible

•    PRIVILEGED: They feel entitled to your money

•    LIARS: They are compulsive liars and will lie without hesitation to get you to part with your money.

•    RUTHLESS: They show no remorse or guilt when they hurt or trick others

•    CROCODILE TEARS: They understand and are able to mimic human emotions such as love if it happens to serve their purpose-none of these feelings are genuine

•    EDGY: They need constant stimulation and are unable to settle down for long

•    EMPATHY: They have no empathy for their victims

•    BLAMELESS: They are reluctant to take the blame for their crimes and will try and avoid punishment whenever possible

•    CONTEMPT: They feel that human emotions like compassion are signs of weakness 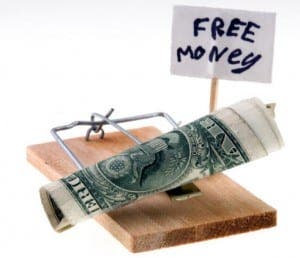 What you can do to protect yourself:

•   If you’re buying or letting a property, trying to clear debt or securing a job, do NOT trust the negotiator’s charming smile and gift of the gab – their charisma may simply be a weapon deployed to trick you.

•    The ability to speak English does not exempt business people from having a heart of stone – do NOT go for the easy option – criminals use expats’ relief at finding an English-speaker on the Costa to gain their trust.

•    NEVER give personal details to companies that cold call you – the best thing you can do is put down the phone before they have a chance to manipulate you.

•    Do NOT believe yourself immune from being scammed – master manipulators are skilled in the art of rhetoric and often use your weakness against you.

•    NEVER respond to scam messages – if you do, you make yourself liable to receive a barrage of further messages.

•    Make sure you understand ALL the details of any deal you’re negotiating- it may sound great on the surface but will often have traps hidden in the small print.

•    If you suspect you are being scammed, use websites such as the Olive Press, the Costa del Sol Action Group, www.actionfraud.police.uk or the FSA, where you can find plenty of helpful information and advice about these sharks.

•    Always seek the advice of an INDEPENDENT lawyer or financial adviser before making any decisions you may regret.