STROLLING around Santa Maria polo club in the heart of summer is to see the captains of industry at play.

The line-up of gas-guzzling Bentleys, Cayennes and X5s is the first clue, while the Veuve Cliquot champagne bars and upmarket stalls give an even better hint.

This is very much where Europe’s upper classes – and royals – come to unwind during summer and the big surprise is just how studiously dressed down most of them are.

Eschewing labels for loafers and suits for polo shirts (appropriately, of course), this is not a place for ostentation. Indeed, think ‘king’ not ‘bling’.

Unlike its near neighbour Puerto Banus, where ostentation knows no bounds, Sotogrande is an international scene, understated and mostly without a need to show off its wealth.

You don’t see massive gold Rolexes and Ferraris prowling the port, yet plenty of people have yachts, which slide in and out of its marinas at dawn and dusk. 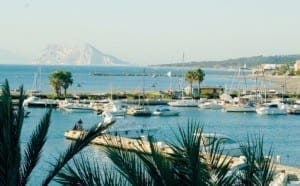 “It is an incredibly privileged place, full of wealth, but it is not so showy,” says Suzi Langley, who grew up there and attended its celebrated Sotogrande private school.

“It is a great place to bring up a family, as it is extremely safe and there are loads of sports on offer, such as polo, tennis, golf and sailing.”

Indeed, watersports are very much part of the scene in Sotogrande, which has its own ‘royal’ sailing club and a school, where dozens of youngsters learn how to handle the tiller every week.

“This is one of the best places to learn to sail in Andalucia,” explains Woolf Muller, who has been renting out boats on the resort’s main beach since 1989.

Ultimately it is the active lifestyle that makes the area so appealling. “It is certainly not all about the beaches,” continues Muller.

Sandwiched between the Rock of Gibraltar and the Sierra de Almenara, it was a real masterstroke to set this millionaire’s playground here at the foot of Europe.

Sotogrande’s origins started with the dream of a millionaire businessman Colonel Joseph McMicking, who ‘wanted to build Paradise’.

The beaches were perfect as was the rolling, but not too steep terrain. It was the ideal spot

He sent his Spanish nephew Enrique Zobel to track down the perfect location and eventually managed to secure  five adjoining estates fronting the Mediterranean which, rapidly amalgamated, became the basis of Sotogrande.

It was before the advent of mass tourism and land along the Costa del Sol was seen as cheap and unproductive and could generally be acquired for next to nothing.

They drafted in one of the world’s best-known course designers and designed what is now known as the ‘Sotogrande old course’. 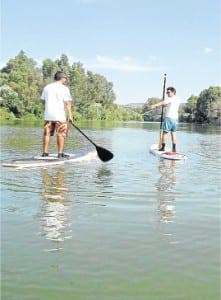 Further golf courses followed fast – there are now five – and by 1985 the resort also counted a tennis club, croquet club, not to mention polo, sailing, wind-surfing and beach clubs, as well as stables for 200 horses.

McMicking’s paradise was coming into effect.

The infrastructure certainly seems to have held up well. The almost unique development – known as a EUC (Entidad Urbanistica de Conservacion) and counting nearly 5,000 acres – has quite a few more homes, but it still feels low density and privileged.

There are those, of course, who argue that Sotogrande is a false paradise. Divorced from real Spain, it’s a make-believe world for the idle rich and golfing bores.

Novelist JG Ballard was anything but flattering about the resort. In his book Cocaine Nights, which is said to be set inside Sotogrande, he describes it as ‘a town without either centre or suburbs… little more than a dispersal ground for golf courses and swimming pools’.

Yes, there certainly are plenty of pools and golf courses here. But 16-metre infinity pools and a round at Valderrama golf course sure beats hanging out with tattooed timeshare touts and pie-eating footie fans just half an hour up the coast.

The British Royals are certainly in agreement. The Duchess of York takes her holidays here and her daughter Beatrice regularly holds her birthday party in the resort. 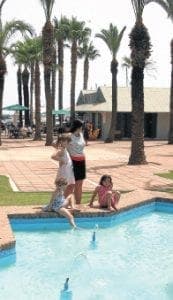 Prince Charles has also been an occasional visitor, a fact verified by a number of evocative snapshots, one in particular showing the UK’s future monarch accepting a polo prize from a grande dame of Spain’s leading Domecq sherry family.

It is a photo that well sums up the millionaires’ enclave, which is one of the few places in Spain known to have had its own fox hunts.

To sum up, Sotogrande is definitely a world of privilege, where Russian oligarchs sip cocktails with British debutantes, Argentinian polo players hang out with German ad men and London traders take lunch with American media moguls. Yes, it is quite a place.