A BRITISH couple are devastated at plans to build an enormous recycling plant right outside their rural Spanish home.

Lynda Elliot, 66, and her partner Bradley Wolfenden, 54, bought a €240,000 bungalow deep in the Coin countryside six years ago.

But in June, Coin Town Hall approved a 215,000 square metre recycling centre in the La Jara valley, 150m from their house (see picture below).

“We are devastated,” said Elliot, originally from Lancashire.

“When we bought the house the estate agent told us we wouldn’t be able to change anything because the whole area was non-urbanisable.

“Now it is going to be worth literally nothing,” added the former adult education coordinator.

The €16 million project –  to be built on private land criss-crossing a stream abundant with wildlife – is riddled with unanswered questions about access and its environmental impact.

“They have promised us the only impact will be visual, but they refuse to answer any of our questions,” said Lynda.

“What about noise, dust, opening times and pollution? The only plan we have seen shows roads that don’t exist or have weight limitations. We have no idea what they are going to do about access.”

A spokesman from Coin Town Hall said, rather bafflingly: “The developer’s proposal is compatible with Coin’s town plan which allows non-urbanisable land to be developed.”

“There will be no compensation because the plant is legal.”

Regarding the green implications, he said: “All new developments are assessed through an Environmental Impact Study.

Astonishingly, although dozens of residents will be affected nobody in Coin received warning about the plant.

Cartama resident Paul Brotherton, 62, who lives 500m from the site said: “We don’t understand why they don’t choose one of the many brownfields sites in Malaga. Why spoil the countryside?”

Meanwhile Maria Munoz Marin, 66, who also lives in Cartama, said: “I have hired a lawyer who has made an official complaint to the Junta.”

The plan will need the seal of approval from the Junta before building can start. 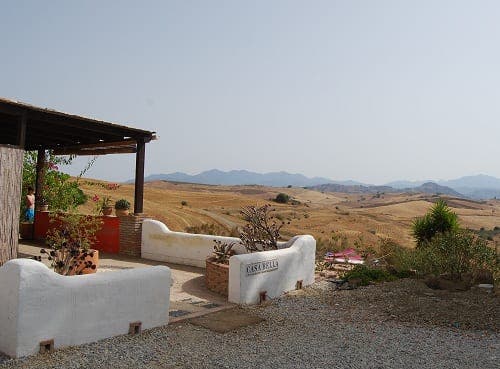