HER granddad was a poor Republican peasant from Andalucia who, wrongly branded a murderer by Franco’s forces, was forced to flee a hail of bullets.

And now – eight decades later – Anne Hidalgo is set to become Mayoress of Paris, after current mayor Bertrand Delanoe announced he will not be running for a third term.

The 53-year-old’s granddad Antonio, born in 1900, defended workers’ rights in a pre-Franco Antequera.

But when Nationalist forces took over the town in 1936, he found himself accused of murder.

“He was on his way back to the finca where he worked when he saw a barrage of shots being fired,” said his son – Anne’s father – also called Antonio.

“He thought the best thing to do was to get out of there with his family.”

Antonio made his way north, eventually taking refuge over the border in Toulouse.

While Antonio returned to Antequera at the end of the Civil War, his son remained enchanted by the two years he had spent in France as a child.

“I found the Franco regime stifling, and never forgot how different France had been,” he said.

So, in 1961, he started a new life in Lyon with his wife and two daughters – one of whom was two-year-old Anne, who was soon a fully-fledged French citizen despite being born in Cadiz.

Following her grandfather’s left-wing roots, Anne joined the French Socialist party in 1994 and was elected deputy mayor of Paris in 2001. 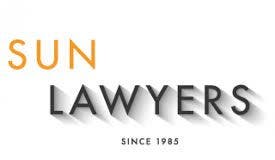 Joshua Parfitt - 30 May, 2020 @ 12:01
SPAIN is a wonderful country full of new unique experiences waiting for you such as gastronomy, history, architecture, affordable property, the sun...