The 66-year-old Briton is facing a long prison sentence after admitting his part in a €7.4 million internet escort and ‘debt elimination’ scam.

Muldoon was arrested at Miramar Hotel in Fuengirola in May under a European Arrest Warrant, following a long investigation started by Suffolk trading standards.

He was extradited to the UK in June.

Today the former timeshare entrepreneur, who enjoyed a lavish lifestyle in Spain with at least two yachts and several luxury cars, pleaded guilty to two counts of conspiracy to defraud at Ipswich Town Court.

The swindle is alleged to have involved 14,000 victims in the UK.

No pleas were entered on the charges of money laundering Muldoon was also facing, which will lay on file.

Muldoon will now be remanded in custody and sentenced at a later date. 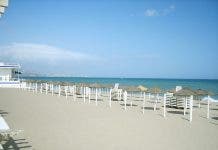