OLIVE Press reader Judith Nicklin quickly raised the alarm after spotting a horse struggling to get out of a lake opposite her house at La Reserva, in Sotogrande.

She was amazed when a group of four men from the stables nearby took half the day to rescue the horse.

“At first, they seemed to think it would not be a problem and the horse would get out on its own,” she explained. “However, after a long struggle, the four men – one of them stripping off and diving in – gave up and summoned a tractor.”

It was dark by the time the horse finally got out, and thankfully it survived the ordeal. 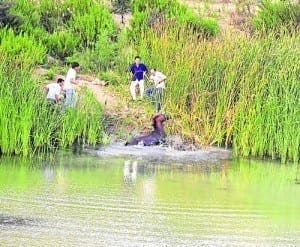 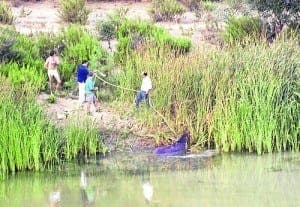 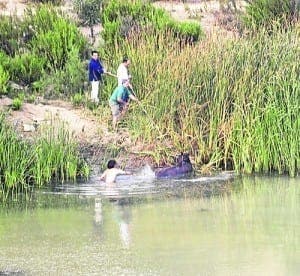 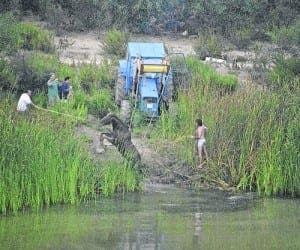 EXCLUSIVE: How a British expat pensioner took a horse destined for the knackers yard and made him a champion