CONSTRUCTION has begun on the biggest overseas contract ever to be won by Spain.

Costing €6,736 million, the ‘pilgrim train’ will cover the 450km between Mecca and Medina – Islam’s holiest cities – in Saudi Arabia.

The project, combining the efforts of 12 Spanish companies including Renfe and Talgo, will include 35 high-speed trains and carry 160,000 passengers per day – 10 times that of the Madrid-Barcelona service.

“For many this is a fundamentally important reference project, set to open many doors for Spanish companies,” said Pablo Vazquez, boss of Spanish-run consortium Ineco, which beat a French company this time last year.

“It is key for the image of Spanish companies abroad,” he added.

Vazquez spoke of the project’s complications, for example constructing in holy towns where non-Muslims are not even allowed to set foot.

He also said special measures would need to be taken to address the fact that pilgrims usually carry a lot of luggage – including enormous bottles of holy water.

“But the main problem from a technical point of view is sand,” he said.

“It gets between the wheels and the rails as well as inside all the machinery, which really complicates things.”

The line is expected to open by December 2016. 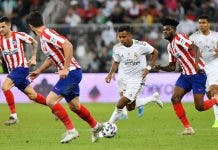 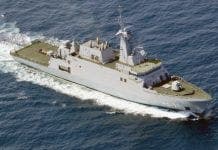 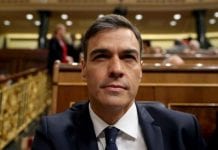