EXPAT homeowners who lost everything in devastating fires that ripped through the Costa Del Sol could be forced to wait years to rebuild their lives.

Three months on from Malaga’s worst ever fire – which damaged hundreds of homes and thousands of acres of land – many victims are still homeless and struggling to get the green light to start building work.

Because of a new law, introduced last year to regulate properties which had been built on land not originally designated for construction, homeowners must seek a special building permit from the town hall.

In turn, the town council then needs to seek approval from the Junta. 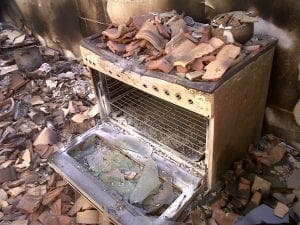 Pat Laing, originally from Manchester, is helping to launch a campaign to put pressure on the Mijas Town Hall and the government.

She said: “At first it was hoped that people could start rebuilding their homes immediately and do the legalisation process later, but the Junta has said that despite the tragic circumstances no exceptions will be made.

“Now it could take years and many of us are quite simply in limbo, renting apartments or staying with friends.

“It really is a desperate situation. We are not the only ones with irregular homes. There are thousands of homes in Mijas alone that were built without going through an official legal process.

“Yet we are being punished the most for it.”

She added: “Some people have lost everything in this fire, all their belongings and their homes and now they are facing a battle just to rebuild their lives.”

One of the worst affected is Sue Holloway, 59, originally from Staffordshire, who built her Mijas home with partner, Andrew Barrie, 12 years ago.

She said: “At first we were staying at a friend’s house from where we can see our burnt out house from his terrace. It was very upsetting.

“Now we are renting an apartment in Mijas but don’t feel at all settled.”

In particular, she feels very hard done by with the new ruling.

She said: “We built our home from a farm building and when the new law was introduced we paid €1,000 to get things legalised, but in the end nothing got done.

“We just hope more people that have been affected will come forward and help us to do something about it.

“There is strength in numbers and we have to keep fighting our cause.” 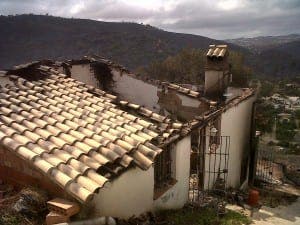 A spokesman from the Mijas foreigners’ department said it had drafted a motion to the Junta asking it to grant permission.

“We are really desperate to see this resolved as quickly as possible but it is the Junta that has to catalogue the disaster, give the go-ahead for compensation and grant the permit.

“As a town council also severely affected by the fires, our hands are tied and we don’t know how long the process will take.”

Sue Doran, 51, from Torquay, built her dream home with builder husband, Pete, 55, nine years ago but was forced to watch in horror as the three-bedroom property was destroyed in the blaze. 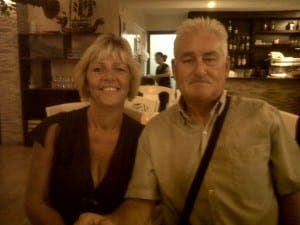 Escaping with just their passports, they are currently renting an apartment and despite applying for permission to rebuild their homes three months ago they still have not got authorisation.

She said: “We have heard of situations where families have started building work and the police have turned up and stopped everything.

“The land has been cordoned off and that was that so we can’t risk starting anything without permission.”

“I understand how things work within government and in a way I know there is very little we can actually do to get things moving faster but we just want our homes back.”

Anyone who has been affected or may be able to help the situation can join the Facebook group, Victimas del Inciendo