OVERSEAS assets worth over €50,000 must be declared by all residents in Spain by March 2013, a new decree has stated.

Funds in overseas bank accounts, stocks, real estate, bond market portfolios and insurance policies will need to be declared to the tax authorities (Hacienda) by the end of the first quarter.

What’s more, anyone declaring overseas assets will need to be able to prove they were acquired with declared money and that all taxes were paid on the capital before it left Spain.

The crackdown will affect thousands of expats who have residency in Spain and who are still in possession of assets back home.

Richard Alexander from LJ Financial Planning said: “This is part of legislation aimed at rounding everybody up so that all residents are aware of their obligation to declare any income-yielding assets.

“They are throwing out a net in order to gather information about investments overseas to ensure everything is being declared.

“Lots of people are currently sitting under the radar, and this is all part of the increased vigilance of the tax authorities, and the information sharing which will allow them to look at every angle where there might be tax to collect.”

The Spanish government is now in the process of creating the forms taxpayers will use to submit their declarations, with non-submission punishable by law. 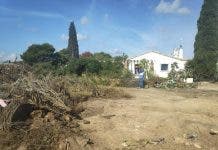