A LESS than flattering expose of the Hollywood stars who took part in the Almeria Film Festival has been released by the event’s ex-press officer.

Antonio Sanchez del Amo, author of the book, Clint Eastwood Jamas Regresara A Almeria (Clint Eastwood will never return to Almeria) was the press officer for the annual event for more than a decade.

In his book he gives a no-holds barred account of the diva attitude and bizarre antics of top Hollywood stars, including Faye Dunaway and Raquel Welch.

The actor became famous after appearing in a number of 1960s spaghetti westerns filmed in the Almeria province. 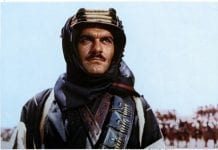