A SPANISH drinks giant is ploughing more investment into its gin brands after a massive upturn in sales.

Diageo, who own the Gordon’s and Tanqueray brands, is taking advantage of a rush of  sales in the spirit.

Spain and the UK are among the biggest buyers of gin, despite both countries being in a recession.

The company believes the return of retro gin-based cocktails such as the French 75, found particularly in Madrid and London, helped boost sales.

Research group, Nielson, also reported UK sales up at 12% in pubs, bars and restaurants, and 5% in off-licences and supermarkets.

As a result of this, superbrand Diageo is now pledging a £1m marketing campaign which will see the company launch a collection of flavoured gins next month, including Crisp Cucumber.

Supported by Bartenders, Diageo will also re-launch a limited edition of its popular Tanqueray Malacca.

Of the exciting increase in sales, Mr Pilkington said: “What we’re really excited about is it’s growing in parts of the rest of the world as well.”

He added that the company hopes it’s more expensive, premium versions, will spread to regions such as Latin America. 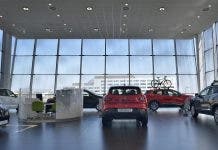 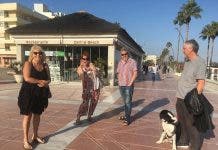