A PRESSURE cooker allegedly used in one of the bombs during the Boston Marathon was made in Spain, according to US investigators.

Authorities said that they had found parts of a Fagor pressure cooker along with a detonator and cables they believed were used to set off the explosive devices during the race, claiming the lives of three people and injuring almost 200.

The cooker’s top was discovered on the sixth-floor rooftop of the Charlesmark Hotel 35 metres away, authorities said.

The evidence has sent to the FBI laboratories in Virginia where experts hope to try to reconstruct the bomb and shed some light as to who was behind the terrorist attack.

Sara de la Hera, vice president of sales and marketing at Fagor, said that her company sells about 50,000 pressure cookers in the United States annually. The model in the FBI’s possession has a six-litre capacity. 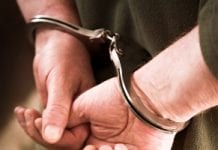