PRINCESS Cristina is to be investigated for possible tax fraud in the latest development in the Spanish royals’ embezzlement scandal.

Investigating Judge Jose Castro has requested details of the princess’ finances and financial assets tied to her husband, Inaki Urdangarin, the Duke of Palma.

The case could result in King Juan Carlos’ youngest daughter becoming the first royal-born member of the ruling family to be criminally charged in Spain.

Princess Cristina was initially named as a suspect and subpoenaed to testify in an investigation of fraud and embezzlement centring on Urdangarin, but the decision was reversed by a judge on appeal.

However, now the same judge in charge of the Nóos case will investigate whether the princess committed tax irregularities and money laundering in the period from 2007 to 2010.

Urdangarin, a former Olympic handball player, is suspected of over-charging local authorities for organising sports events, but denies any wrongdoing.

The allegation against the princess is that she may have been aware that funds coming into the company may have resulted from the suspected embezzlement.

It is also thought the Aizoon company may have been used to launder money that was then spent on private investments by the couple.

The case could strike a further blow to the Spanish monarchy, which is already grappling with plummeting popularity and criticism that it is out of touch with ordinary people. 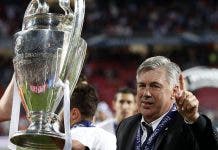