A BRITISH holidaymaker was rushed to hospital with serious injuries after plunging 70 feet from his balcony in Mallorca.

Sean Kelly, 24, was thought to be climbing from one balcony to another on the seventh floor of the hotel in the holiday resort of Magaluf.

The man was taken to Son Espases hospital where his condition was described as ‘serious but stable’.

Every year, several young Brits are killed or seriously injured in what has been dubbed ‘balconying’. This involves climbing, scrambling or swinging from one balcony to another, or even attempting to just from a balcony into the hotel pool. 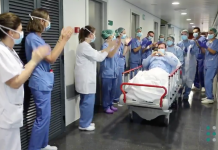 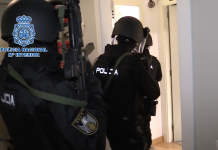