VICTIMS of the Franco regime are calling for a new initiative to ‘clear up the crimes of the Spanish Civil War’.

Over 40 separate associations which help those affected by Franco’s regime joined forces with human rights activists to introduce the Platform for a Truth Commission at a conference in Madrid.

Garzon, who is about to testify before an Argentinean judge investigating Franco said the umbrella organization is needed to investigate ‘the crimes of the Francoist dictatorship, the suffering endured by those who were forcefully made to disappear, and the victims of assassinations, extrajudicial executions, summary trials, baby theft’.

“History and reason is on our side. The institutional omission is as clamorous as it is shameful,” added Garzon.

Julia Merino, 79, the daughter of a couple who were executed during Franco’s dictatorship said at the conference: “We’re dying. There are very few of us left. Our last hope lies in the truth commission.”

Cristina Almeida, a lawyer and longtime member of Spain’s Communist Party added at the conference:”In order to forget, as they ask us to, first we need to know.

“Everyone wants to turn the page of war, the page of dictatorship; but in order to turn a page, first you have to read it.” 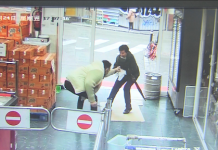