A MAN has been arrested for filming nude women at a Benalmadena beach with a camera hidden in his sunglasses.

Last Friday at 5:40 pm, local police received a call from a concerned beachgoer that a man was recording sun-bathing women at the Benalnatura nude beach.

Reportedly, he was wearing strange-looking sunglasses, and never stopped manipulating them.

Upon later inspection of the glasses, it was revealed that they had false lenses and a mini-video camera in the centre of the frame.

The individual in question was Spanish and 48 years old.

He explained to police that he was on vacation and was staying in a nearby hostel.

Also in his possession was a bag that contained a video camera, a camera, a flash drive and dozens of memory cards with more footage of nude women.

Police arrested him on the beach, charging him with invading the privacy of others.

It comes after Malaga police arrested a Chinese man on Misericordia Beach for taking more than 2,000 pictures of women and minors at the end of July. 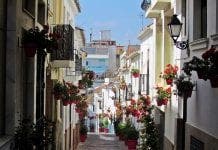 RANKED: The 5 best towns to visit along Spain’s Costa del Sol in 2020 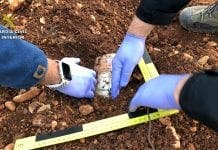