MIKE SOUTER has apologised to the court after making comments about the judge overseeing his trial in the UK.

Jurors at Norwich Crown Court were read a statement by Andrew Hill, defending, at the start of the proceedings the following day.

Mr Hill said: “Mike Souter makes it clear that he´s wrong to say the learned judge (Mark Lucraft) has any prior knowledge of witnesses or any statements or material relating to them.

He added any comments made by his client which implied anything to the contrary were formally withdrawn by him.

Souter then issued his own apology to Andrew Shaw, prosecuting, from the witness box.

He said: “I would just like to say to Mr Shaw during the course of yesterday matters did get somewhat heated and I called into question his professional integrity. I apologise unreservedly for that and ask his forgiveness, and I apologise to the court and ask that the statements be withdrawn.”

Souter, 60, is on trial after denying 19 counts of historic sex abuse relating to seven different boys aged between 11 and 16 which are said to have happened between 1979 and 1999. 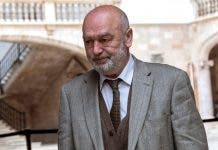 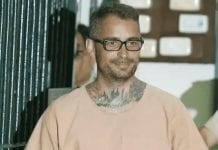 Woman in Spain who put boyfriend’s head in a box and gave it to friend claiming it was sex toys, ‘baked head to remove...